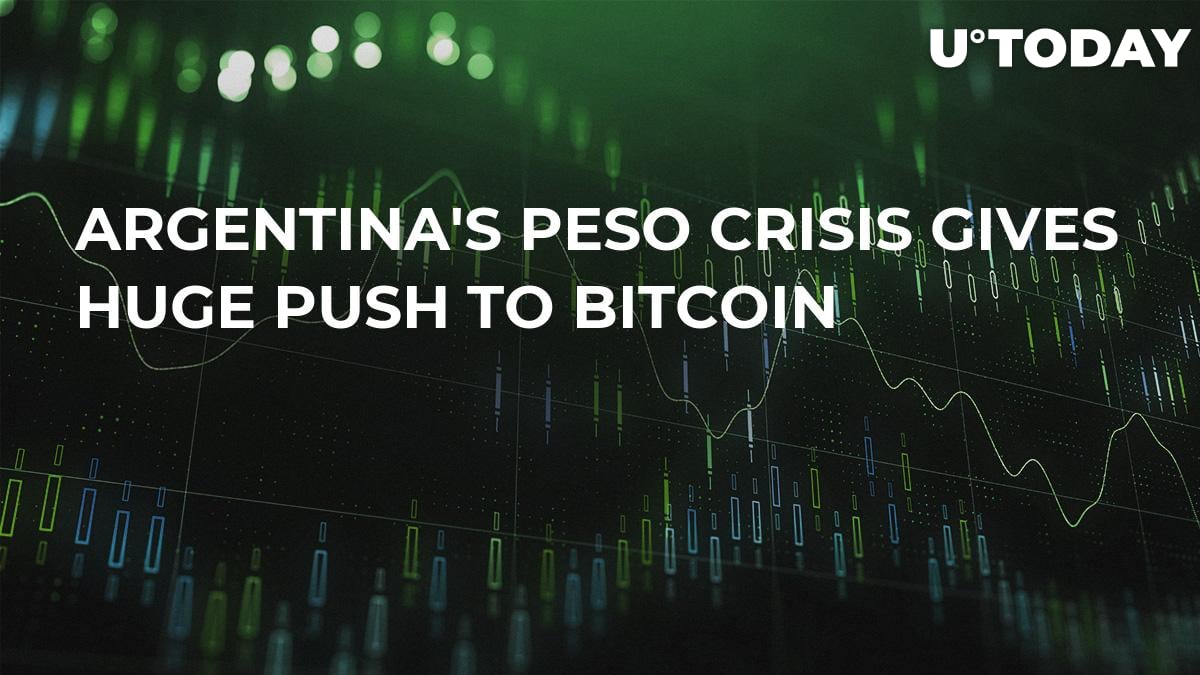 Argentina, one of the richest Latin American countries, is rapidly turning to Bitcoin while the inflation is going through the roof. Moreover, Argentina’s Central Bank is currently planning to diversify their currency reserves into the world’s biggest cryptocurrency.

Despite some rosy predictions for Argentina’s economy that followed its market-friendly policies in 2017, the country is currently in the middle of a major financial crisis. Peso, Argentina’s national currency, took a huge nosedive in April and hasn’t recovered ever since due to the government’s inability to handle the skyrocketing inflation. Similarly to other struggling economies in the likes of Venezuela, Argentinians are turning to Bitcoin, according to economist D.H. Taylor.

The cryptocurrency market is considered to be extremely volatile, but both investors and run-of-the-mill buyers are converting Peso to Bitcoin in search for stability. According to a U.Today report, cryptocurrencies hardly pose a solution for inflation crisis in poverty-stricken countries, but Taylor points to the fact that the Peso is significantly more volatile than the flagship cryptocurrency, which creates a huge demand. In particular, the economist points to the surging trading volumes on a peer-to-peer cryptocurrency exchange LocalBitcoins.

But here’s more- there are already around 8,000 Bitcoin pay stations that are operating in local convenience stores. On top of that, 12 more Bitcoin ATMs are going to be installed in Buenos Aires, which just goes to show that the Argentinians are serious about embracing crypto. The very first Bitcoin ATM in the country was installed on Sept. 19.

Taylor states that amidst the economic turmoil Bitcoin is the only viable solution. He also claims that the  Central Bank of Argentina is currently mulling over a possibility of diversifying Peso into Bitcoin. Back in July, Argentina’s central bank requested a slew of books about Bitcoin and Blockchain, which cover the basics of the disruptive technology.