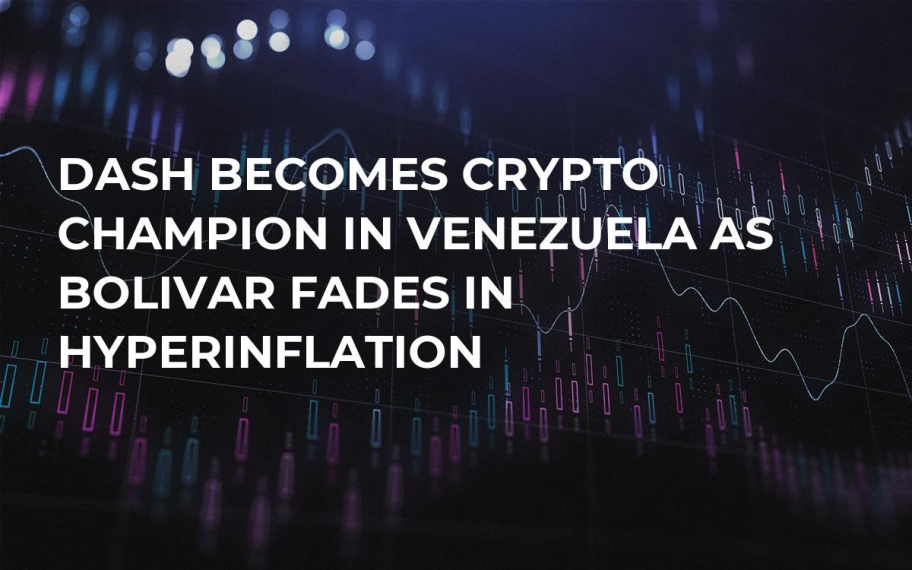 This coin, providing peer-to-peer payments is conducting a mass spreading in Venezuela, resulting in getting the unofficial status of the top virtual coin for payments in this country, even exceeding the popularity of the government-back Petro.

As of now, around 10,000 people are using Dash in Venezuela, also 500 merchants with 10 non-governmental companies.

Over 50 workers are getting salaries in Dash, among them are the employees of Dash Help, Dash Merchant and other similar ones, associated with the currency. This results in the fact that so far Dash is the virtual asset that has impacted this country most. It has been involved in daily transactions for selling and purchasing, not only as an investment product. This is the only crypto that has got up to this high level of adoption in Venezuela.

Dash is number one in crypto trading too

A Latin American exchange Cryptobuyer that also deals with ATMs and merchant solutions state that Dash is one of the two top traded coins on this market. This exchange first launched trading pairs with this token back in 2017 in Latin America and in Venezuela.

The second top currency is Bitcoin, every month these two assets are competing for the highest volume of transactions, so far Dash is the winner.

The increase of this coin’s use in Venezuela enables its citizens to avoid the impact of hyperinflation. Its recent figures have reached one million mark according to the Bloomberg Cafe Con Leche Index. This means that a cup of coffee is now worth one mln bolivars, the local fiat currency.

Since January last year the growth of Dash has exceeded 2,000 percent, so now it seems to be a good solution for Venezuelans struggling to survive in their own country.