David Dinkins
Governments have taken even greater interest in regulating cryptocurrencies in recent month. That’s okay because eventually, they won’t be able to anymore. 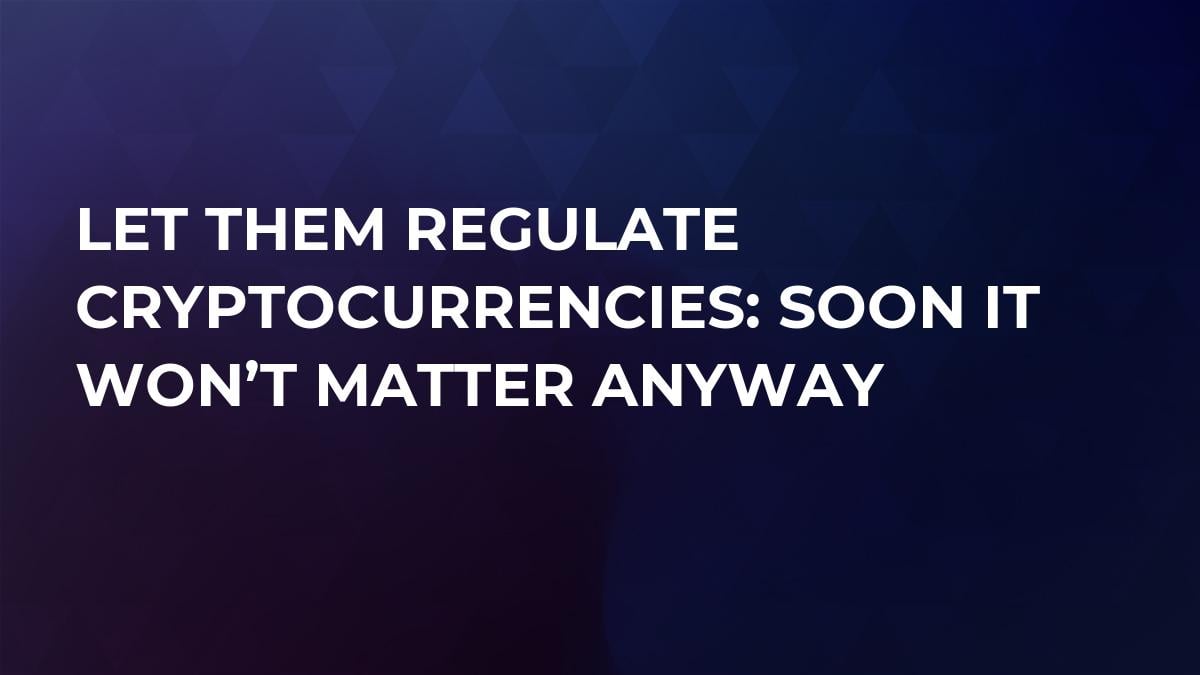 Regulation of cryptocurrency has been in the news a great deal over the past month. As the price of digital currencies has dropped since their peak, some officials are beginning to worry about investor losses. Others are bringing up the age-old bugaboos of money laundering, terrorist financing and drug dealing. Still, others are talking nonsense about how cryptocurrency may undermine the economy one day.

But wait...what if that’s not nonsense after all? I have a theory, and I’ll start by saying this: let them regulate crypto as much as they want. Let them tax our gains. Let them enforce their anti-money laundering (AML) and know your customer (KYC) laws. Let them warn about volatility, let them regulate ICOs. Let them do their best.

Why? Because the government cannot regulate cryptocurrency.

I’ll say it again: the government is incapable of regulating digital currency.

What the government can regulate is fiat money, meaning they can regulate the transition area between crypto and fiat. Governments can require exchanges to follow AML/KYC laws, and they can make banks file suspicious activity reports. Governments can make you pay taxes on your gains and send you to jail if you don’t. These are the laws they can actually enforce.

However, authorities can’t do anything about your favorite crypto. No central authority can tell you what you can or cannot do on the Bitcoin network. Nobody can force you to file paperwork or pay taxes on crypto-only transactions. The network is uncensorable, and particularly if you use a privacy-centric currency, is untraceable.

Technically, the government can require you to pay taxes on capital gains whenever you exchange crypto for an item of value. Whether these laws are enforceable or not depends in part on what you’re buying. There’s no way the authorities will know if you bought some coffee with crypto, but they may figure it out if you pay for a house that way.

Of course, I don’t condone lawbreaking in any form, but I’m merely pointing out that in a totally crypto-based economy, regulation is nearly impossible.

Crypto adoption will come in two stages. The first is where we are now- investors generally realize gains on their digital currencies when converting to dollars. Not enough merchants accept crypto for day-to-day purchases, meaning that conversion to a more widely-accepted fiat currency is necessary.

However, one day this will no longer be the case. I’m reminded of a gentleman on Reddit who was asked at what price he would sell his Bitcoins. He replied that when it came time to “cash out,” fiat would be irrelevant and he’d spend his coins directly. Purists dream of an era where crypto is totally untouchable by governments. It will come.

Until then, let them regulate. Soon, it won’t matter.