IOST to Launch Its Mainnet on March 10. Does It Threaten EOS and Tron?

Alex Dovbnya
Will IOST be able to solve the ‘scalability trilemma’? 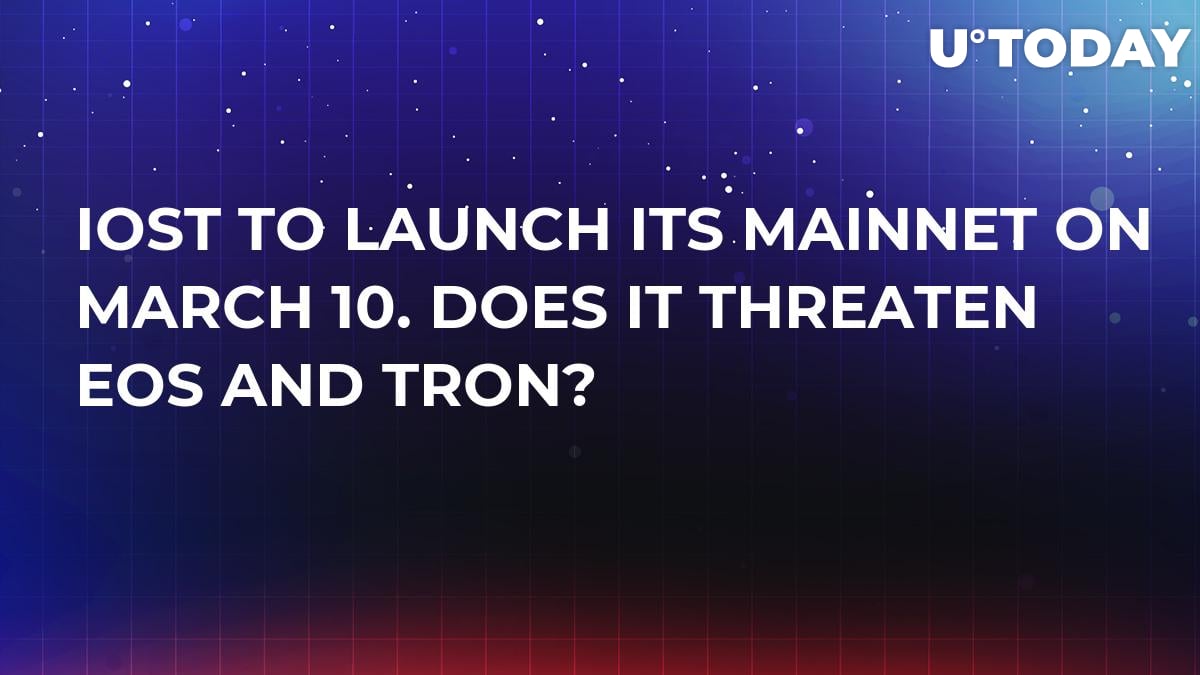 IOST, the Beijing-based crypto startup, has just announced, that it's going to launch its mainnet on March 10, VentureBeat reports. It's native IOST token currently occupies 51st place on CMC with a market cap of $94.3 mln.

The IOST network is based on the so-called ‘proof-of-believability’ consensus algorithm. Hence, IOST allegedly succeeds where most popular cryptocurrencies fail - combining decentralization and scalability by rotating nodes.

While Bitcoin and Ethereum excel in the first department, the proof-of-work (PoW) algorithm takes a toll on their speed (the two O.G. cryptocurrencies are only able to reach 7 TPS and 25 TPS respectively). Their competitors that rely on the proof-of-stake (PoS) algorithm, such as Tron and EOS, are able to process transactions much faster by reducing the number of nodes, which subsequently makes the network less centralized.

IOST is prepping for a big year

The build-out of the platform, which will feature decentralized exchanges, wallets and other apps, was completed six months ahead of the plan.

According to Zhong, their startup boasts a big number of partners, including Huobi. IOST has raked in

$35 mln in funding. Currently, they have a 100-strong team with offices in New York and Beijing.