Darryn Pollock
When it comes to trading pairs, there is often a bit of prestige in having the biggest offerings, and HitBTC, Binance, OKEx, and Huobi are leading 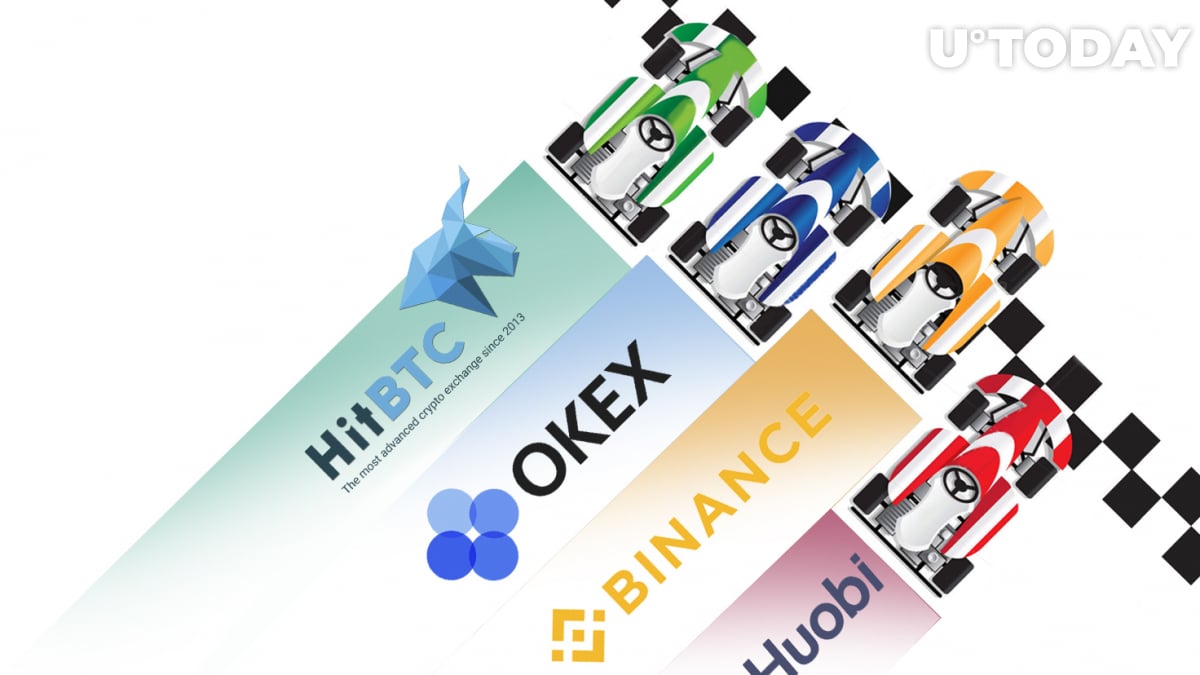 A research into the top 10 cryptocurrency exchanges has revealed that four — Binance, OKEx, Huobi, and HitBTC — are leading the way in terms of offering trading pairs with HitBTC by and far the biggest offerer.

Trading pairs within exchanges describe trades between one type of cryptocurrency and another. It is indicative of just how many cryptocurrencies an exchange holds and how they can be traded. There is a lot more that can be read into it, both positive and negative, but it also shows a trend towards certain types of exchanges.

In order to have a high number of trading pairs, exchanges have to of course have a multitude of offerings in terms of different altcoins. These trading pairs can then expand exponentially.

HitBTC boasts as many as 795 trading pairs and this is because it has the largest number of altcoins. However, it has also faced criticism for listing a number of dubious and poor-quality altcoins for individuals to trade.

Binance has been in the news recently with the way in which it has been listing different altcoins and expanding its trading pair stable. It was criticized for its listing fees but has since said it will donate them to charity.

Binance, although adding 400 pairs in a year, does not even come close to HitBTC and is actually in third with 388.

The second spot belongs to OKEx, the major Hong Kong-based exchange, having 516 pairs on offer with Huobi coming in fourth with 281. Bibox is in fifth place with 191, but from there the rest of the top 10 exchanges all have under 100 trading pairs. 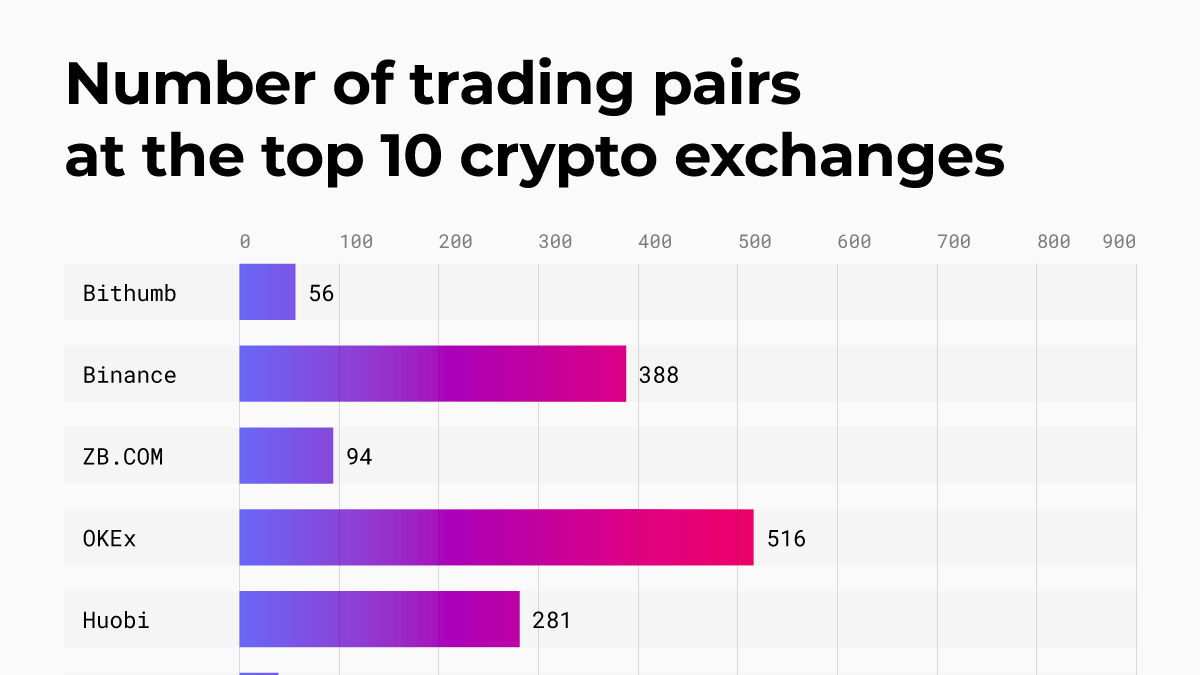