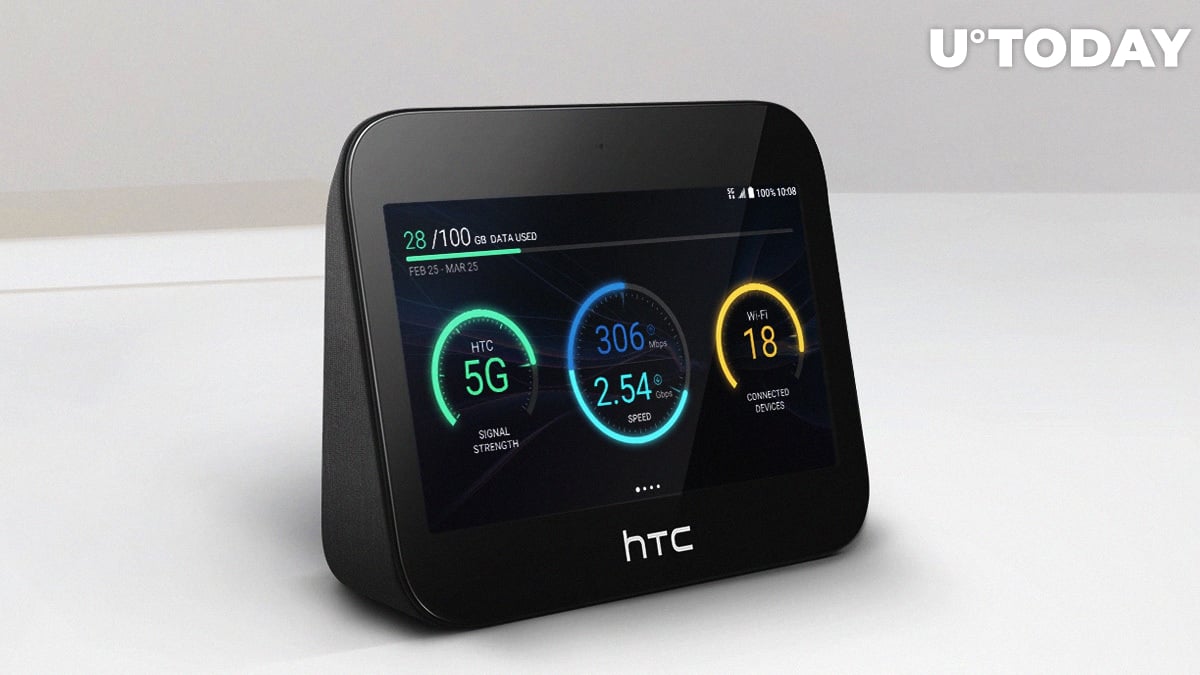 HTC has unveiled "the world's most secure" router that allows running a full Bitcoin node called Exodus 5G Hub. It's a crypto-focused version of the model that was released last year.

The technical specs of the new router remain the same — it runs on Android 9 with the Snapdragon 855 chip. It offers a maximum download speed of roughly 2.63Gbps, which is more than enough for connecting up to 20 devices.

Exodus 5G Hub relies on such services as VPN and the crypto-focused Brave browser to ensure a high level of privacy.

However, the most compelling thing about HTC's new product is the ability to directly run a Bitcoin node. Moreover, its users will be able to manage their cryptocurrency holdings with the help of the Zion Vault wallet that supports multiple coins, including Binance Coin (BTC) and Stellar (XLR).

The router is an addition to the Exodus line that includes blockchain-oriented smartphones. As reported by U.Today, HTC introduced the Exodus 1 model in February at the Mobile World Congress. The development of the cryptophone started back in May 2018.

In November, it also debuted the Exodus 1s smartphone, which was a cheaper version of the previously released device that is available for only $244.

The price of the recently announced Exodus 5G Hub router is yet to be known.