HTC’s Crypto Smartphone Exodus Is Now for Sale for USD, To Be Integrated with Popular Browser

Alex Dovbnya
HTC is changing the terms of selling its blockchain smartphone – previously sold only for crypto, now it can be bought with USD or other fiat 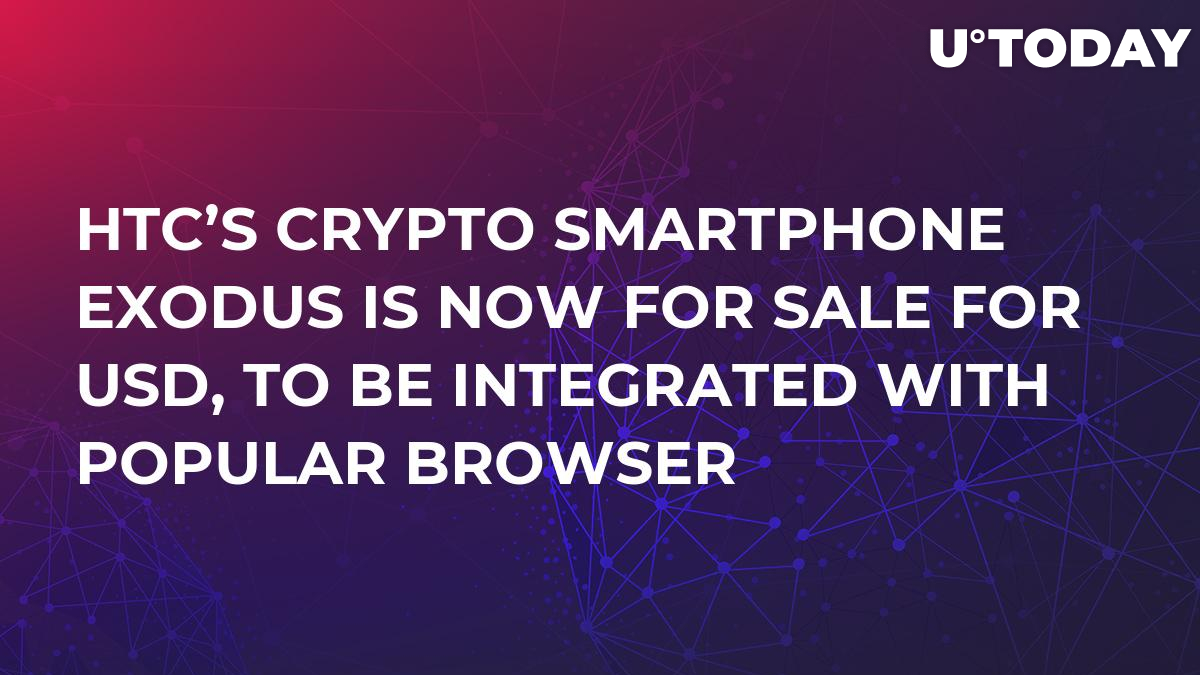 On Tuesday, February 26, it was announced at Mobile World Congress in Barcelona that HTC now is giving wider opportunities to buy its new Exodus 1 cryptophone by selling it not only for BTC and ETH.

Now one can buy the phone also with BNB and LTC, along with fiat currencies, including USD.

The manager in charge of the ‘decentralization line’ at HTC, Phil Chen, shared in an interview that this is like a second and more prominent launch than the one undertaken at the end of 2018.

The current price of the phone is around $700, and the product is available online. Later on, as per Chen, the gadget will be sold in offline stores too.

Negotiations with chains of shops to sell the phone are now in progress, and this is what apparently made HTC take part in Mobile World Congress.

On Tuesday, HTC also spread word about its plans to integrate Exodus with the Opera browser.

This popular browser already cooperates with crypto wallets. One of them is the Zion mobile app, providing the services of a storage vault for virtual coins.

This will enable users who prefer this app to other ones to make micropayments on various sites directly through the browser or through dApps installed onto the phone.

Phil Chen mentioned in the interview that Exodus was initially created to join the Web 3.0 concept. He believes that in the future around 80 percent of currently popular dApps will work on HTC’s new smartphone.

The Opera rep and head of the browser’s crypto business direction, Charles Hamel, publicly said that his company is proud to work with HTC and its new smartphone. He also added that a new generation of the Web is about to come, where crypto will be used by people easily and securely.

Security of crypto on Exodus

The new smartphone only operates with an Internet-connected wallet. However, it does have a sort of secured area with a kind of firewall that protects it from malicious attacks on the phone.

If users lose their private keys, the social recovery system that HTC announced last year will help them get the keys back.