Yuri Molchan
The Swiss-located startup claims customers can use the new smartphone as a cold wallet and means of communication, too 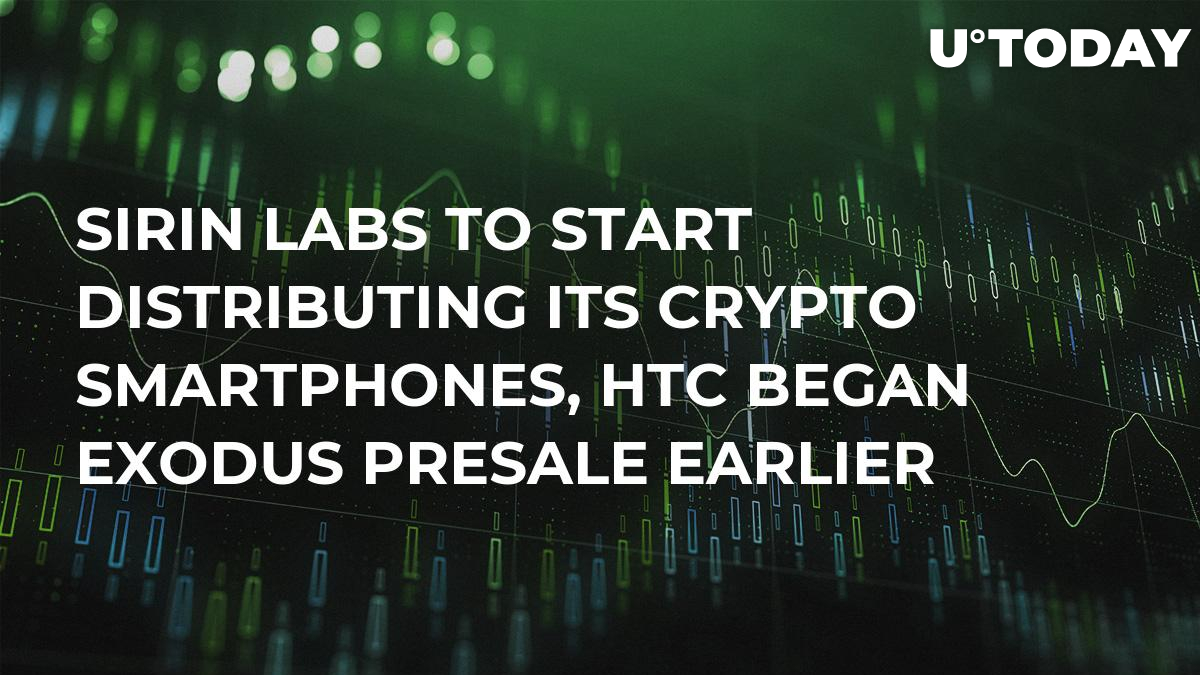 In accordance with the statements made earlier this year several times, Swiss-based company Sirin Labs is about to release its DLT-powered smartphone. On Thursday, November 29, the launch party will take place.

What the smartphone can do

As promised before, the gadget will provide customers with access to crypto exchanges and enable them to hold their coins in a cold vault as well as give them an encrypted channel to communicate with other users.

The phone is dubbed Finney, and it will provide storage space for BTC, ETH, and some other virtual coins. The company’s native coin, SRN, will be among them, too. This token allows users to conduct quick payments from one network peer to another, and no computer verification (i.e. mining) will be necessary. This technology is also known as feeless blockchain.

The company managed to collect nearly $160 mln in a token offering arranged for producing their Android-based phone. Among Sirin’s intentions is also the release of a DLT-based computer. Both the PC and Finney will be running on an open-source operating system made by the company, dubbed Sirin OS.

The smartphone also has an embedded function that allows users to automatically convert their coins into other ones without having to use the services of crypto exchanges.

There will be three types of verification on the phone: biometric, a lock pattern, and a behavioral one.

Some analysts, though, believe that DLT-powered smartphones will have a small target audience, since what all of their producers are trying to achieve is to make people buy yet another smartphone, of which there is a whole oversaturated market.

Jack Gold, a chief analyst in J. Gold Associates, reckons that these phones will become extremely popular only if crypto becomes a usable method of payments for wide masses. He really doubts this can be real in the near future, especially considering the price of the upcoming Finney phone, totalling $1,000.

Rivals are right ahead

Sirin is not the only startup that has been making this type of crypto phone. HTC has also made a lot of public statements saying they are working on a similar blockchain-phone.

Earlier this month, HTC announced the start of the presale of their Exodus DLT-powered smartphone with functions similar to Finney.

Unlike Sirin, HTC intends to sell their phone only for crypto coins.