Here's What to Expect from Bitcoin, Ethereum and Other Cryptocurrencies This Week: Crypto Market Review, August 1 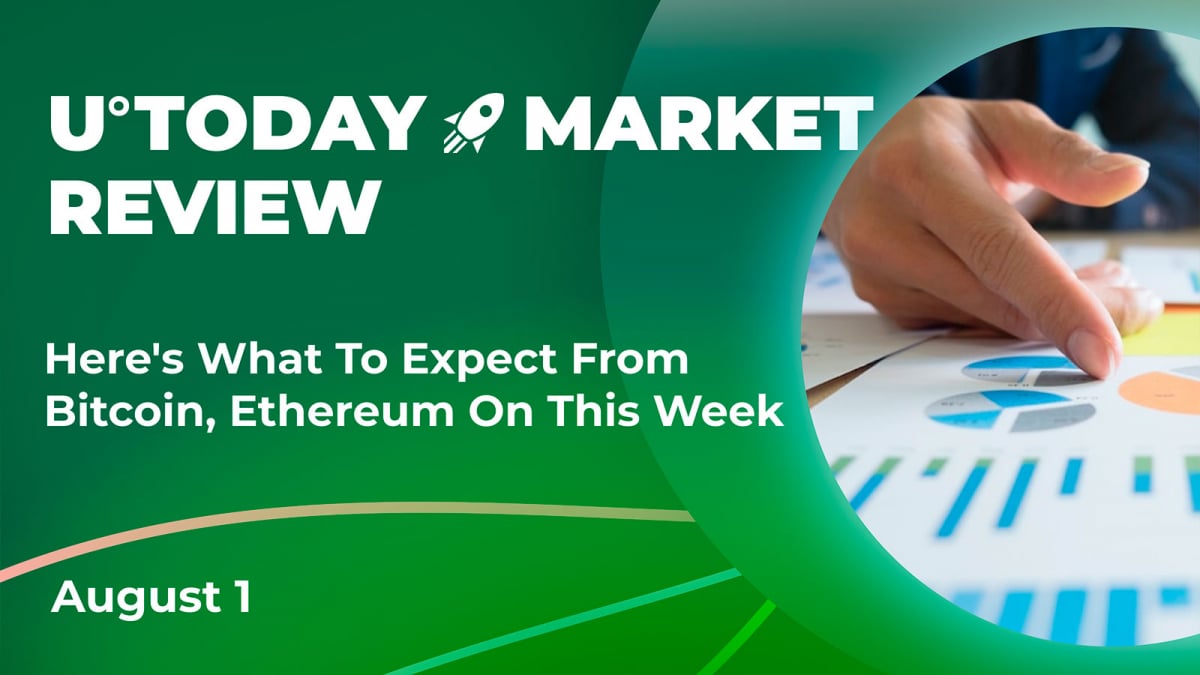 Ahead of the earnings week, Bitcoin and Ethereum are sitting at important crossroads. The rate hike rally is already fading as investors are slowly releasing the lack of positive fundamental factors that should help the cryptocurrency market to recover.

Previously on U.Today, we described how numerous on-chain and market indicators show that Bitcoin is considered undervalued after almost nine months of moving down after hitting the current ATH of $69,000.

The Puell Multiple used by Dan Tapiero suggests that the first cryptocurrency entered the buy zone, which brings investors, almost every time, massive returns in next 18 months. The Relative Strength Index is another tool that considers Bitcoin oversold on longer timeframes.

Unfortunately, indicators that consider Bitcoin oversold and underbought are conflicting with everything happening in the background: the Fed is still aiming at another rate hike, inflows from institutional investors are still at extremely low levels and the biggest economy in the world just entered a technical recession.

The only positive sign for Bitcoin is the weakening of the U.S. dollar, according to the DXY index that compares USD's performance against foreign currencies. The ECB's rate hike fueled the recovery of the euro and stopped the currency's rally.

Unfortunately, it is not enough to help Bitcoin on its path up, but it might in fact help the digital gold to maintain above critical levels like $22,000.

Ethereum is not feeling good ahead of the Merge

Previously on U.Today, we described how Ethereum is struggling on the market after losing the major part of its revenue since 2021. Following the critical reduction of gas prices, Ethereum's burning mechanism lost all of its effectiveness on the market as the highest issuance of the second biggest asset on the market since implementation of EIP1559.

Additionally, Ethereum's hashrate migration is not yet over as some large mining pools are waiting for the release of the PoW ETH 1.0 fork, and they are not yet willing to set their machines to mine Ethereum Classic, which saw the massive hashrate spike recently.

With a variety of new functions and a PoW turnoff, the Merge might bring a lot of different issues that might directly affect holders of Ethereum derivatives and various tokens backed by the original ETH coin.