What is Hard Fork?

George Shnurenko
Hard Fork is a term that sooner or later meet anyone who’s interested in cryptocurrency. We will tell everything you need to know about it 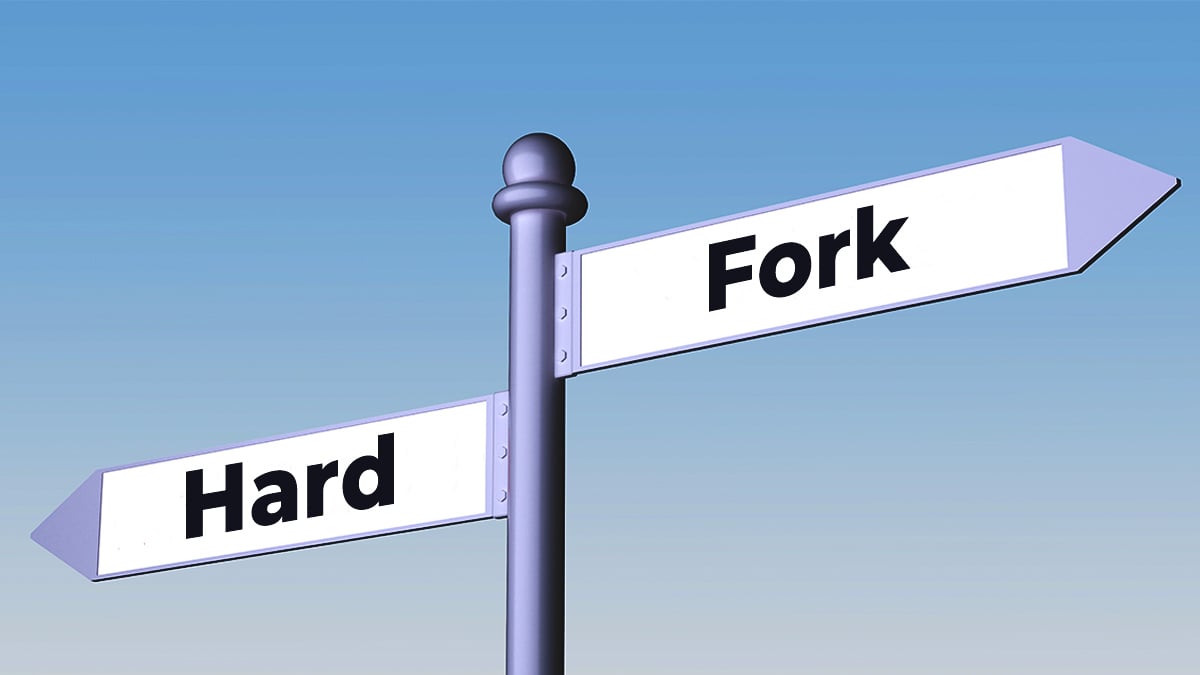 Blockchain and crypto trading has been a popular trend lately. More and more crypto coins are coming in and offering investors some great opportunities to make a fortune. Among all that, there are some fancy terminologies associated with Blockchain as well and understanding them is equally important as understanding crypto trading itself. One such term is a hard fork and it is used quite widely in the world of Blockchain. So, what exactly it is? Well, before we get into that, let’s first find out what is Blockchain protocol and what does fork mean?

What is Blockchain protocol and fork?

Well, these two terms are directly associated with the primary term that is the focus of investigation here– hard fork. Here is what each of these refers to.

What is a hard fork?

Now that you know what Blockchain protocol and fork refer to let’s try to understand the term hard fork. Well, it actually refers to a drastic change in Blockchain protocol due to which the blocks/transactions that were previously rendered invalid become valid (or the other way around). A hard fork requires all users or nodes to upgrade to the latest protocol version. In other words, hard fork refers to a permanent change from previous Blockchain version where nodes on the previous versions won’t be accepted any longer by the latest version of Blockchain.

Essentially, it creates a kind of fork in Blockchain where one path goes to new and upgraded Blockchain while the other continues along that old one. As it normally goes, it only takes some time for all the nodes on old Blockchain to realize that they’re running on an outdated version and a quick upgrade to the latest version is required.

If all that sounds too technical, let’s try to understand this in simple terms. Hard fork refers to a situation when one cryptocurrency splits into two. It usually happens when a change is made to the existing code of the cryptocurrency in question and this change leads to an old version and a new one.

Why Blockchain protocol updates are necessary?

Well, that’s a pertinent question and there are actually several reasons for such updates to Blockchain protocol. Here are the top three of them:

With cryptocurrency being a comparatively new invention, it’s in the stage of its life that regular currency has already been through. For regular currency, we have seen different versions of color, paper, security layers and font over the years before we had what’s available today. With all that refining, it is almost impossible now to manipulate it. Now, that’s exactly the case with cryptocurrency. Every update makes it securer and better.

2. To add some new functionality

One of the major reasons behind most software updates that come today is that some improvement was needed to the older version. That’s exactly the case with Blockchain code as it is upgraded year after year. Being open-source, the developers from all over the world are allowed to work on Blockchain code and suggest improvements. Any feature that is considered good is then added to its upcoming version.

If you remember fake bucks, you’d very well understand that the culprit could have been put into jail but the whole amount of money might not have been refunded. However, the best part about crypto is that the damage can very well be minimized. As soon as some security breach is detected, all transactions that took place in a given time period can be proclaimed as non-existing. This certainly makes stealing harder.

Well, Yes! The term soft fork refers to pretty much the same concept and the only difference is that in this case, just one Blockchain remains valid when the users adopt the update. So, that means both the types of fork result in a split, where only the hard fork leads to two coins/Blockchains.

You can also refer to soft fork as a change in protocol that offers backwards compatibility as well. It does not require you to upgrade the Blockchain version you’re using right away and you can continue to work the same way as before unless you plan on doing something that does not comply with the new upgraded protocol.

One example of a soft fork is the solution to transaction malleability problem. The protocol is called Segregated Witness (SegWit), it was implemented in 2017. The solution of transaction malleability problem, which influenced the performance of the entire Bitcoin network, divided the community into two camps. The first one wanted to run a hard fork and the second one was in favor of a soft fork.

Despite the fact that Blockchain isn’t something too old, we already have witnessed hard fork quite a few times. A couple of popular examples include:

Bitcoin Cash offered a few major differences from the original Bitcoin as it was less decentralized and offered better transaction speeds. The protocol update came on Aug. 1, 2017, and as a result, Bitcoin Cash turned into a separate, new cryptocurrency. Those who owned Bitcoin before this hard fork got exactly the same Bitcoin Cash amount in their wallet.

This one was built on Ethereum Blockchain as some sort of smart contract while it was intended to work like venture capital fund. Once it was all set up, it could allow every Ether holder to get DAO tokens as a replacement. However, it got hacked and led to 3.6 mln Ethereum going down the drain. A soft fork was voted by the community to make sure the hacker wouldn’t be able to cash it. However, it only took a short amount of time before the majority of the votes were given to a hard fork.

So, that’s probably all about what is a hard fork. Hope all this detailed information on the subject would help understand it!