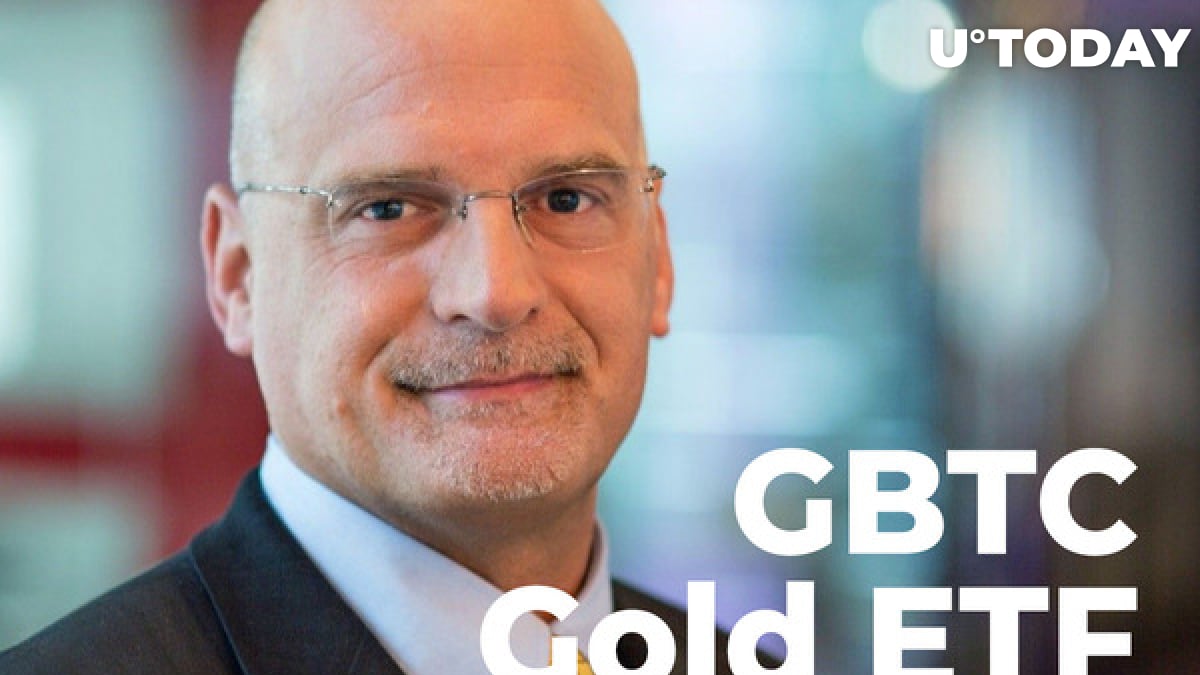 Mike McGlone has tweeted that, when compared to Bitcoin, gold has become a symbol of dropping potential for sustained commodity price moves.

He believes that the world's leading gold tracker, SPRD Gold Shares, will be surpassed by Grayscale Bitcoin Trust by total amount of funds by May-July of this year.

On the chart, the total fund assets of GLD have been going flat and are expected to continue to do so. Meanwhile, funds in GBTC keep rising at a fast pace.

Another senior Bloomberg analyst, Eric Balchunas, has confirmed this forecast.

In March, U.Today reported that Mike McGlone opined about Bitcoin's high chances of surpassing Amazon by market cap once BTC hits $80,000 per unit.

Bloomberg's chief strategist also believes that, by 2025, Bitcoin is likely to go as high as $100,000. He voiced that opinion in October of last year.

Grayscale has been actively absorbing Bitcoin, Ethereum and other digital currencies. Its crypto trusts include those based on Stellar, Litecoin, Bitcoin Cash and more.

Recently, Grayscale has rolled out another five crypto trusts: BAT, FIL, MANA, LINK and LPT. As reported by U.Today earlier, this week, the company added around $1.6 billion worth of cryptocurrencies over the weekend.

Besides, in the near future, Grayscale plans to convert its Bitcoin Trust into a full-sized Bitcoin ETF; this was confirmed recently by the company.