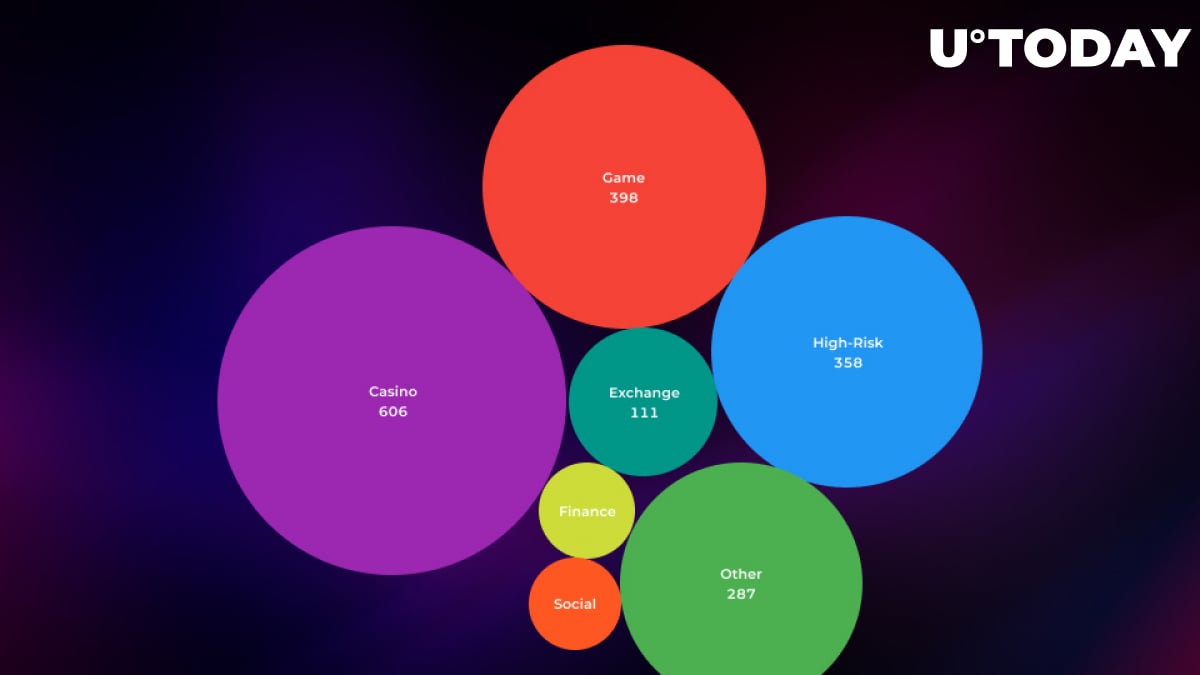 The recently published report by DappReview encompasses everything related to the growth of decentralized applications (dApps) in the first half of 2019. When it comes to the most popular category of dApps, gambling ones appear to be in the lead by a big margin.

The “Casino” category has the biggest chunk of the pie with 606 newly created dApps. For comparison, there are only 398 gaming dApps, which occupy second spot. “High-risk” dApps are trailing behind the gaming ones with 358 newly created apps.

DappReview explains that the main reason behind their popularity is that they are relatively cheap and easy to create, but, nonetheless, they generate great returns for their developers.

On top of that, there doesn’t seem to be a shortage of risk-loving crypto enthusiasts.

Overall, the report points out that rapid growth has become a new trend in the dApps department. More than 1,114 dApps have been already created this year. Tron boasts the biggest amount of newly created dApps while Ethereum and EOS come in second and third places respectively.

Notably, only one percent of users tried more than ten dApps, but they are responsible for the lion’s share of the total transactions on each of the aforementioned networks.