David Dinkins
This week, France and Germany called on the heads of the world’s top 20 economies to take a unified approach to regulating cryptocurrency. 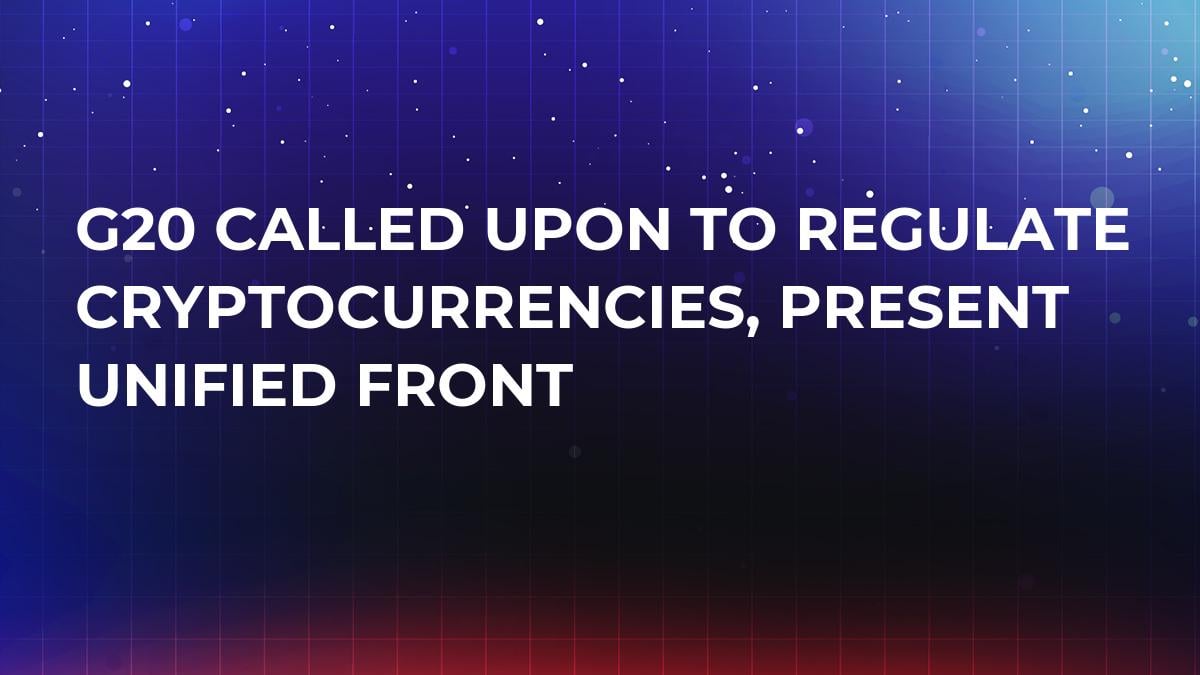 France and Germany, the two powerhouse economies of the European Union, have called for a coordinated approach to Bitcoin regulation. Officials from the two governments sent a letter to the president of the G20 asking that the subject be included on the next meeting’s agenda. The G20 is a meeting of the world’s top 20 economies (with the entire EU being counted as one), comprising 85 percent of the world’s GDP.

The letter reads in part:

“Tokens and their potential for financial innovation should not be left to those who make the worst use of them. France and Germany have already taken concrete regulatory measures regarding 'virtual currencies' in the field of anti-money laundering and counter-terrorism financing and the European Union is working in the same direction.”

"However, an efficient pushback against the use of “tokens” and “virtual currencies” for the purpose of criminal activities will require a coordinated international effort."

As usual, the two governments are focusing on the potentially negative uses of Bitcoin and other digital currencies. Money laundering and terrorist financing are, of course, the twin bugaboos of governments worldwide.

If governments spent a little more time worrying about fiat money, there’d be a lot less money laundering. That’s because the biggest source of money laundering is fiat money.  Dutch Rabobank was just fined hundreds of millions for their knowing involvement in laundering money for Mexican cartels. Several years ago, HSBC was fined over $1 bln for laundering billions of dollars worth of drug funds. Perhaps the government should spend less time worrying about crypto and more time minding their own houses.

In the last few weeks, we’ve seen a new refrain from crypto critics: they allege that the cryptocurrency market threatens to undermine the global financial system. In the letter sent to the G20, France and Germany wrote:

“In the longer run, potential risks in the field of financial stability may emerge as well.”

Fortunately, the US government seems poised to take a relatively hands-off, “wait-and-see” approach to digital currencies. This week, the heads of the SEC and CFTC testified before the US Senate and argued for relatively light regulation to keep from stifling the sector. This is reminiscent of Congress’ decision in the 1990s to treat Internet regulation in the same way, giving the technology room to grow rather than smothering it in the womb.