Yuri Molchan
Intangible Labs company, having raised $133 mln from major investors like Google Ventures, has to close down and refund its investors 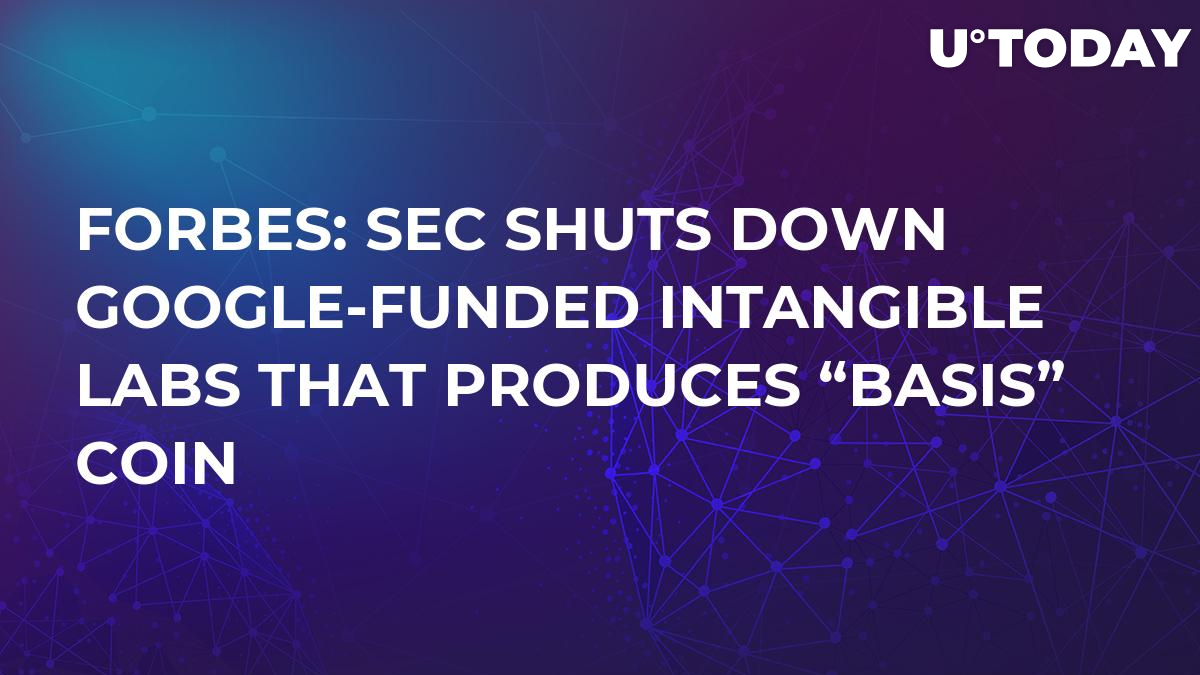 Among the investors of Intangible Labs were Google Ventures and Bain Capital, as well as other top companies. On Thursday, however, the startup shared with Forbes that it has to return its investments and close down for good.

Qualified as a security

Intangible Labs attracted great attention by promising to create a new coin that would be a stablecoin but not pegged to centralized fiat money — the Basis coin.

In an interview with Forbes, the company’s CEO, Al Naji, a graduate of Princeton, shared that their lawyers warned that the coin may well be considered a security, but the team and investors still went on. The CEO was even put on the 2019 Forbes list of 30 Under 30.

Development of the Basis token was at the final stage, and the team was waiting for the regulators to greenlight the whole thing. However, that never happened. The coin was actually classified as a security.

But now Al Naji has had to return all the funds to the investors, since the regulators have been unfavourable to the startup and the technology.

The white paper of Intangible Labs first came out to the public in summer 2017. Back then, the startup wrote that the coin would work as an algorithm-based central bank. They intended to create a stable virtual asset that would not be as volatile as other digital coins and allow users to perform transactions between any parts of the world.

Intangible Labs planned to purchase their coins back from circulation when their rate dropped and then create new coins when the rate went up. The supply would have been adjusted by on-chain auctions of tokens dubbed “bonds” and “shares”. This is a totally different system from other crypto stablecoins that are linked to fiat money.

However, the SEC has made the company change its plans completely.

Not the first time regulators interfere

Before the company encountered the SEC, it faced another regulator that required it to obtain the BitLicense. Intangible Labs had to relocate from New York to New Jersey in order to avoid that.

Speaking to Forbes, Al Naji mentioned that the SEC classified the Basis coin as a security because it had no utility, like Ether, which according to the SEC also started as a security token but then evolved to be a non-security by gaining large utility.

Al Naji pointed out, warning all startups that want to issue a coin, that this asset needs to have at least some basic utility in order not to be banned by regulators.