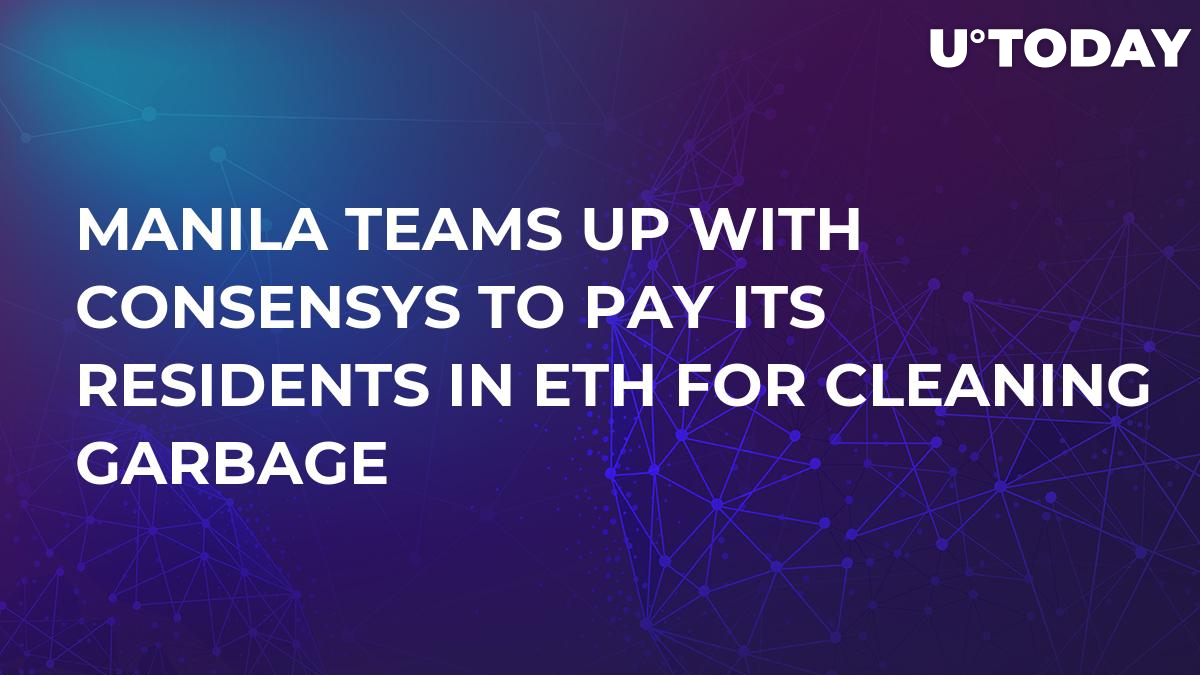 Ethereum co-founder Joseph Lubin, who is also the head of ConsenSys, the world’s major DLT software developer, recently tweeted that the new Ethereum-based dApp (decentralized application) is going to reward people in Manila for picking rubbish from the city’s beaches.

That is going to be achieved by using ConsenSys Impact and Bounties Network, which will create a new model for cutting out the middlemen, and from now on people will be funding causes directly.

In Manila, participants will be paid in ETH for spending a few hours cleaning up one of the most heavily polluted beaches in the world. @ethBounties & @ConsenSysImpact are proving a new model where people fund causes directly without intermediaries.https://t.co/Q1hs7Cp0pA

Philippines is a good starting point

Bounty is believed to be a promising dApp, since its users can receive compensation directly and on a transparent basis via a DLT network and its public ledger. The dApp is based on the Ethereum protocol, and it allows anybody to launch a bounty system and then reward those who participate with ETH coins. This is a way to support different initiatives.

A while ago, a subsidiary of ConsenSys, ConsenSys Impact, implemented a non-commercial blockchain-based initiative in order to urge people clean up beaches from plastic garbage. It is dubbed “Bounties for the Oceans: Philippines Pilot – Sustained, Verifiable Plastic Cleanups”.

As per the organisers of this program, pollution from plastic objects kills one million seabirds and around 100,000 sea mammals a year. Then, people themselves get to eat fish that eats plastic garbage in the ocean. So potential users of the new dApp are expected to submit a proof of them cleaning beaches that can be verified with blockchain. They will be rewarded in ETH.

This initiative has been launched in good time, since just recently the popular tourist resort in Boracay has been reopened. This destination is famous for its clean water, spots for diving and sand of a special white colour. Until recently, Boracay has been suffering from heavy pollution. So cleaning beaches for crypto rewards seems to be particularly handy at the moment.

This was quite easy to set up, though, since the Philippines has adopted Bitcoin and other crypto coins as an official means of settlement, which has made way for an increase in crypto adoption in this area. The local central bank has allowed Bitcoin usage as an official method of remittance, too.

There is nothing new under the moon

Earlier, U.Today reported about a similar initiative arranged by a Norwegian entrepreneur who founded a startup to encourage local citizens to clean up beaches in the country and be rewarded with the company’s own coin for that.

Among his plans was a rollout to third-world poor countries where people can sell garbage for crypto by kilos.