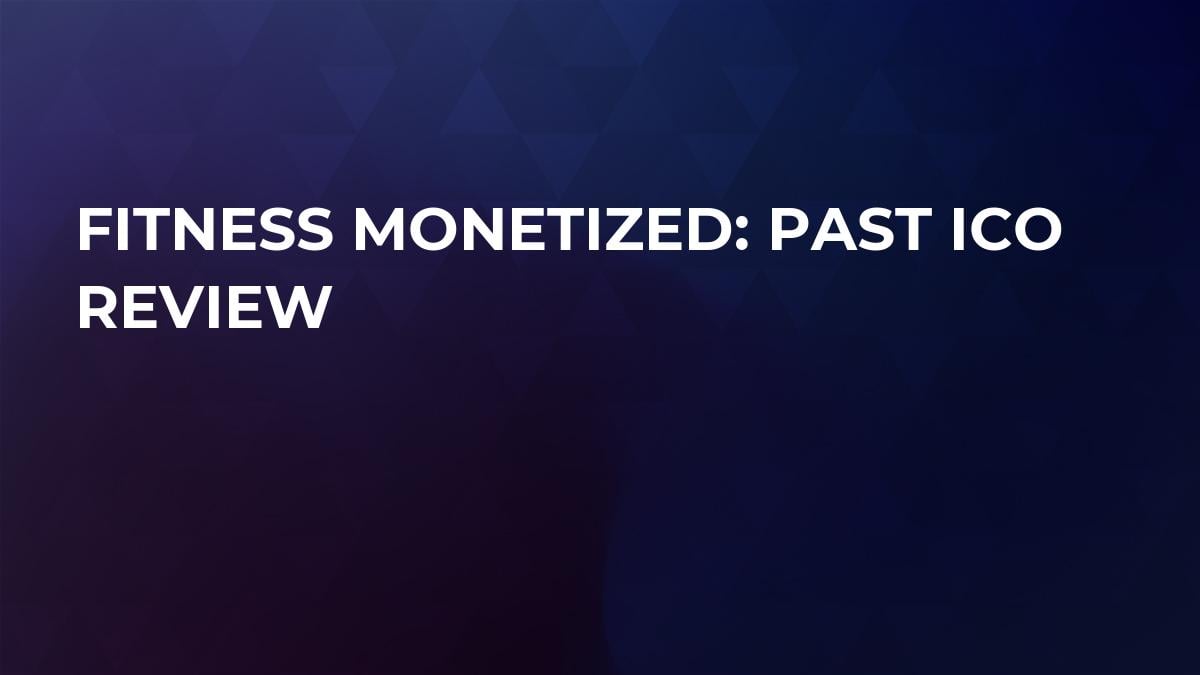 Lithuania-based Lympo has developed an app to monetize fitness tracking and create an ecosystem around it where all participants are fairly compensated.

This sounds like a dream come true on paper, but will the app be able to work as promised?

Not so sure, as the app is slated to be ready in 2020. With a long wait time, fitness enthusiasts may look somewhere else.

There are one bln tokens in circulation and it has a market cap of $88 mln. A recent price surge is due to it recently being listed on Bitfinex and Ethfinex and signing deals with the Dallas Mavericks.

Mavericks’ owner Mark Cuban said to Bizjournals "the Mavericks found clear alignment with Lympo’s mission to create a healthier world by utilizing the latest technology to encourage fitness and healthy living in a whole new way."

The Mavericks deal is ironic because of Cuban’s stance against cryptocurrency. However, it was announced last year the Mavericks will begin accepting crypto payments for thing such as tickets, and merchandise. This an ironic turn of events coming from a guy who hates Bitcoin.

According to the website, Lympo is building an ecosystem that allows for users to be rewarded with Lympo tokens for healthy lifestyles and achieving fitness goals.

Additionally, Lympo wants to ensure that all data is used by all industry stakeholders and everyone is rewarded fairly. Lympo’s goals are the creation of:

The wallet would be used to store users’ rewards, which they could later spend in the marketplace on things such as hiring personal trainers and health service providers. The crowdfunding platform exists to serve as an investment platform for which new data-driven companies could invest into new apps to upgrade the Lympo experience. While this may sound great, and all stakeholders will be fairly rewarded, there is no definition of what that means?

How many tokens will a user get by running a mile or going to the gym? How much it cost for an hour of personal training?

This information is not available and it is reminiscent of a credit card points scheme, where $1 equals one point, but when you go to put that towards your balance, 100 points equals $1. Marketing ploys at their best.

Time is not on anyone’s side in crypto

While this is still a new app, there is still some time required until the technology goes lives and it can be used.

The recent add on some exchanges and the announcement of their first partnership are some major milestones for this startup.

However, the company must get their app up and running or all these big partnerships and announcements will be for nought.

The full release of the app and software is slated for 2020; a long, long time away in the cryptosphere.

On one hand, this gives them time to get the project completed correctly, but on the other hand, it puts investors on edge; seeing things happen so quickly in the cryptocurrency world, 1.5 years is a lot of time to wait.

Time is of the essence with crypto. If you are unable to maintain positive attention, then you will not be able to succeed.

By saying things will be ready to go almost two years later, leaves questions in many minds. In the meantime, investors could lose faith, competition could push Lympo out, lack of communications to the media makes people wary: is the company still working towards goals? Is there infighting? Is this a scam? Many will ask these questions.

Lympo.lt was founded by Ada Jonuse, which was the initial platform to bring together individuals with personal trainers in Lithuania.

Jonuse is the founder and CEO of Lympo. She leads a team of 11 others that make up the base of the company.