Darryn Pollock
From harming the environment to wrecking the gaming industry, Bitcoin miners are now being blamed for slowing time 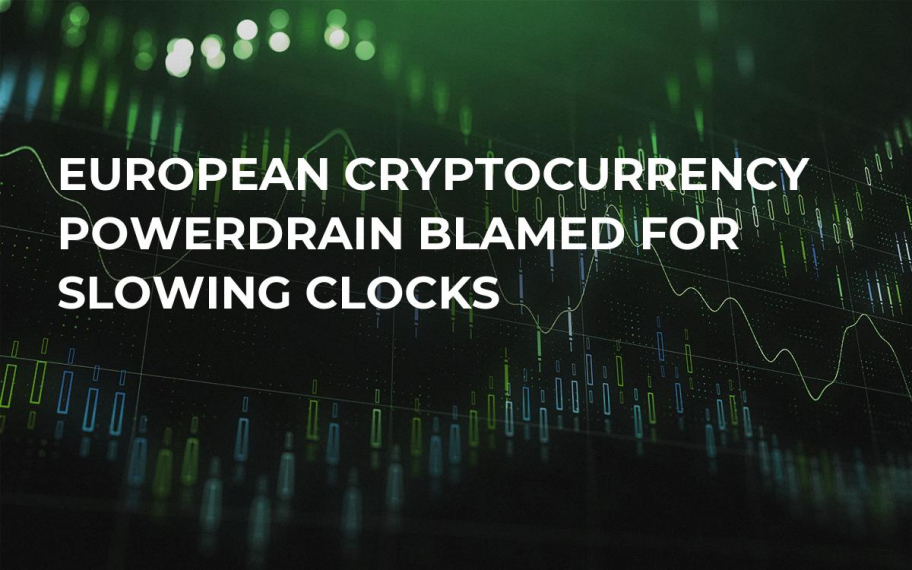 In central Europe currently, something strange is going on, as clocks are starting to slow down by as much as a minute. This has led to some blaming large-scale crypto mining for the problem, but is it just another convenient scapegoat?

The Continental European Power System has reported, since Mid-January, that this time keeping anomaly has been happening. It is a huge region that covers countries running across Europe from Spain to Turkey.

They have reported a “continuous system frequency deviation from the mean value of 50 Hz” reports the European Network of Transmission System Operators for Electricity (ENTSO-E). The location of the disturbance has been identified, Kosovo and Serbia, but the cause has not.

Essentially, there have been power deviations which have had negative and weird knock-on effects which have caused clocks that calculate their time along the same frequency to slow and delay the reading of the correct time.

Still, it is mostly unclear how this delay really manifests itself, but the evidence is there to show that there is a massive power drain in this area. It is being clocked at  113 GWh, which is equivalent to the power consumption of Greenland for six months.

Because the source of this problem has been linked back to this massive power drain, there is insufficient evidence but high speculation, that it has something to do with the mining of cryptocurrencies which have become so popular in recent times.

Electricity rates in Serbia and Kosovo are among Europe’s cheapest, and as this is the pinpoint of the problem, the speculation continues to be rife.