Yuri Molchan
SkyBridge Capital chief Scaramucci likes Ethereum, however, his Bitcoin fund is focused on Bitcoin, he explains why 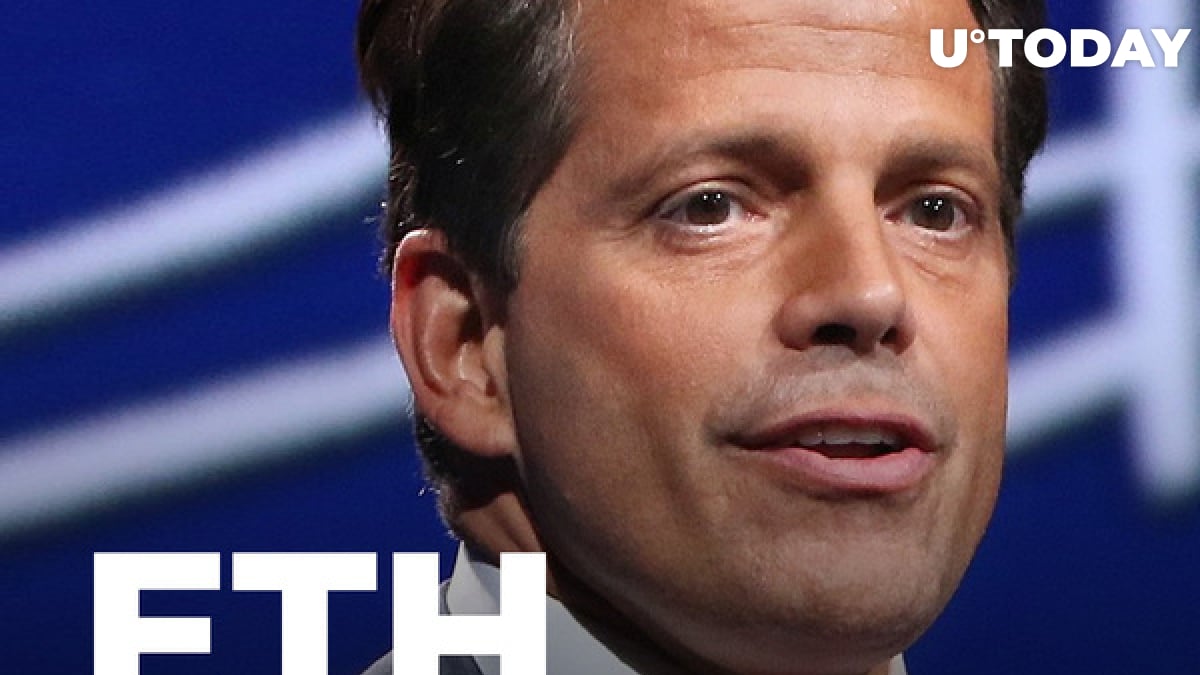 Taking part in another episode of CNBC's Squawk Box, the chief of SkyBridge Capital and the company's Bitcoin fund—set up on Jan. 4—stated that he likes Ethereum; however, his company has been forced to be focused on Bitcoin so far.

"ETH has good fundamentals and it will grow"

Answering the anchor regarding what he thinks of Ethereum, Scaramucci admitted that he does like the second-biggest cryptocurrency.

The anchor, Andrew Sorkin, introduced his question about Ethereum, saying that ETH provides the basis for NFTs and "many things that may happen in the future, which require Ethereum, and not Bitcoin," calling this ETH's value proposition.

Scaramucci believes that there is a big market for Ethereum, it has good fundamentals and he predicted that ETH will grow.

However, since his institutional clients can be lured into crypto only via Bitcoin, it is only BTC so far that his crypto fund deals with and offers to its investors.

However, he admitted that, in the future, SkyBridge Capital could have an Ethereum fund as well. ETH can actually turn into a "sticky cryptocurrency" in the future, Scaramucci said, and can even become a store of value.

Related
MicroStrategy Adds Another $15 Million Worth Of Bitcoin at $59,339

When talking to another CNBC host about Bitcoin, Scaramucci shared how he pitches the flagship crypto to his fund's clients.

Rather than saying that BTC is only a new store of value or an inflation hedge or a new asset class, he reminds viewers that money has always been a technology to help us avoid barter. Bitcoin is the future of this technology, he says.

Another USP of Bitcoin, he explains to investors, is that today's children will be comfortable making transactions in Bitcoin and Ethereum, rather than in cash. Besides, millennials already prefer crypto as an investment tool to traditional assets, and gold in particular.