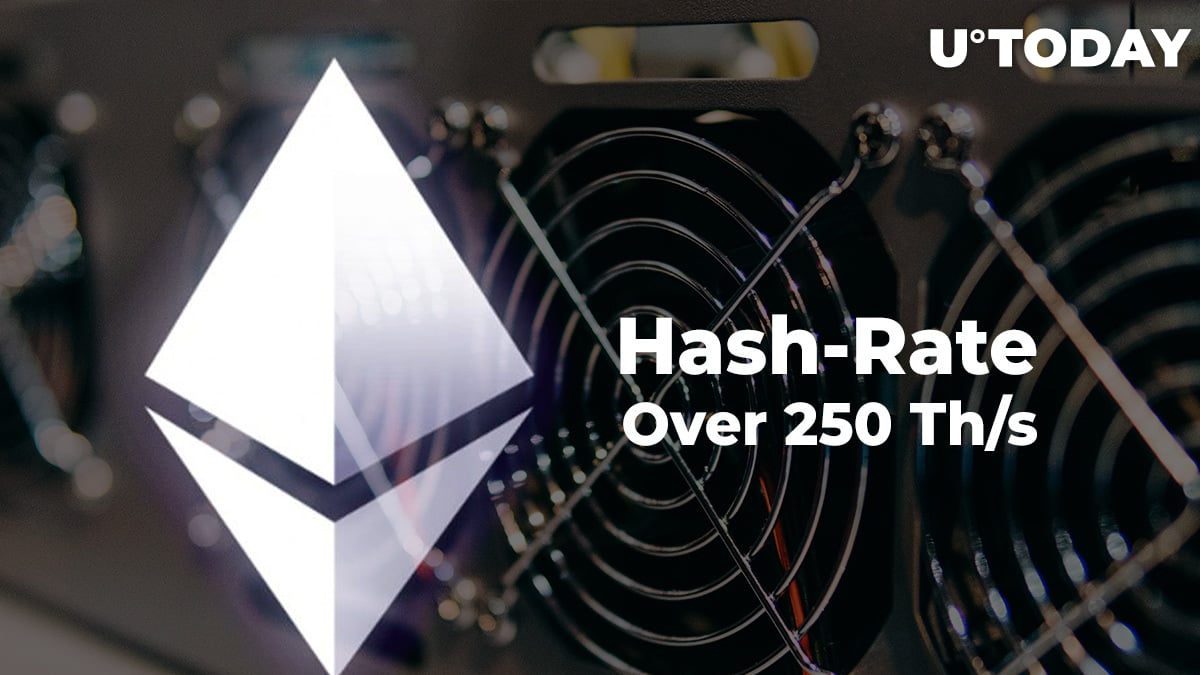 As per Glassnode's recent tweet, Ethereum (ETH) miners have never been so active across the entire history of the second blockchain. Now all network participants calculate more than 250 tln hashes per second.

Ethereum miners have pushed the hash rate to a new record high in the wake of the #DeFi hype and surging fees.

It means that the Ethereum (ETH) blockchain has never been so secure. Its miners increased the hashrate by 80 percent in the nine months of 2020 that have already passed.

Black Thursday in Crypto (March 13, 2020) was the last "black swan" event that managed to stop the upsurge in Ethereum (ETH) hashrate growth. However, miners erased all losses as soon as May, and the hashrate continued to run steadily. Also in May, Ethereum-based Forsage and MMM ponzi schemes boosted transactional activity.

Euphoria around decentralized financial protocols (DeFis) became the most powerful catalyst of the hashrate rally. In Q3, 2020, this metric entered the parabolic phase of its upsurge.

However, this achievement may be the swan song of Ethereum (ETH) miners. Once Ethereum (ETH) migrates to the proof of stake (PoS) iteration of its protocol, mining in its consensus will be replaced by staking. The network will be secured by validators capable of freezing a minimum of 32 ETH.

Ethereum (ETH) miners will be able to switch to other Ethash-algorithm coins,most likely to Ethereum Classic (ETC). Other Ethash tokens, like Ubiq (UBQ), Metaverse ETP (ETP), etc., have low caps and will not attract many miners from Ethereum.

However, as covered by U.Today previously, Ethereum devs are nowhere near the full-fledged launch of ETH2. Explaining his new scalability roadmap, Ethereum inventor Vitalik Buterin assumed that the transition may take some years.