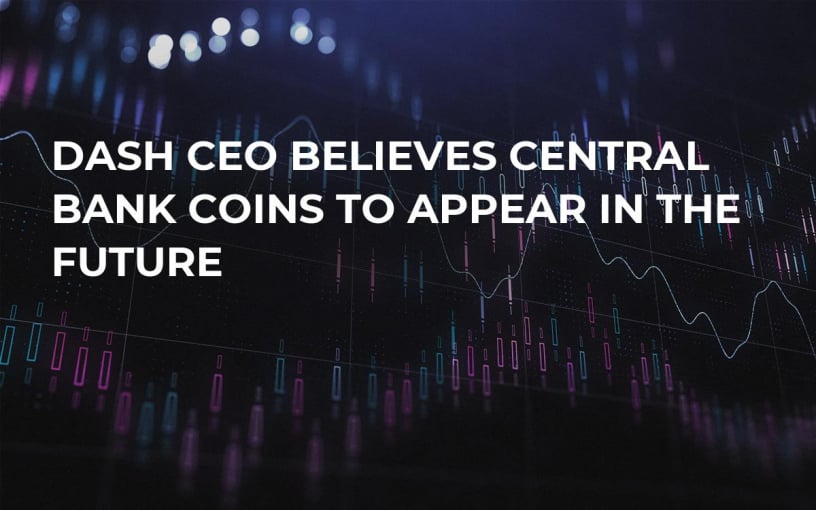 In an interview on Tuesday, Ryan Taylor, CEO of Dash expressed his opinion regarding the future of crypto. He believes that coins emitted by central banks are inevitable in the near or long term. However, he added that people will also be entitled to decide what sort of money they will want to use.

Taylor thinks that if central banks decide to issue their own coins that will open certain advantages for them. However, the reaction of the market is hard to predict. According to the Dash CEO, free market may come up with a much better form of money than state governments.

When answering to a question regarding the accusations of an Ethereum’s Joey Zhou that Petro allegedly plagiarized part of Dash protocol, Taylor pointed out that the Dash codes are open-source ones, so anyone may, in theory, borrow their elements. He added that the Petro team did exactly so with a significant part.