DApps Get Hardly Any Users Compared to Telegram, WhatsApp, Efforts to Increase TPS Are Useless: Report 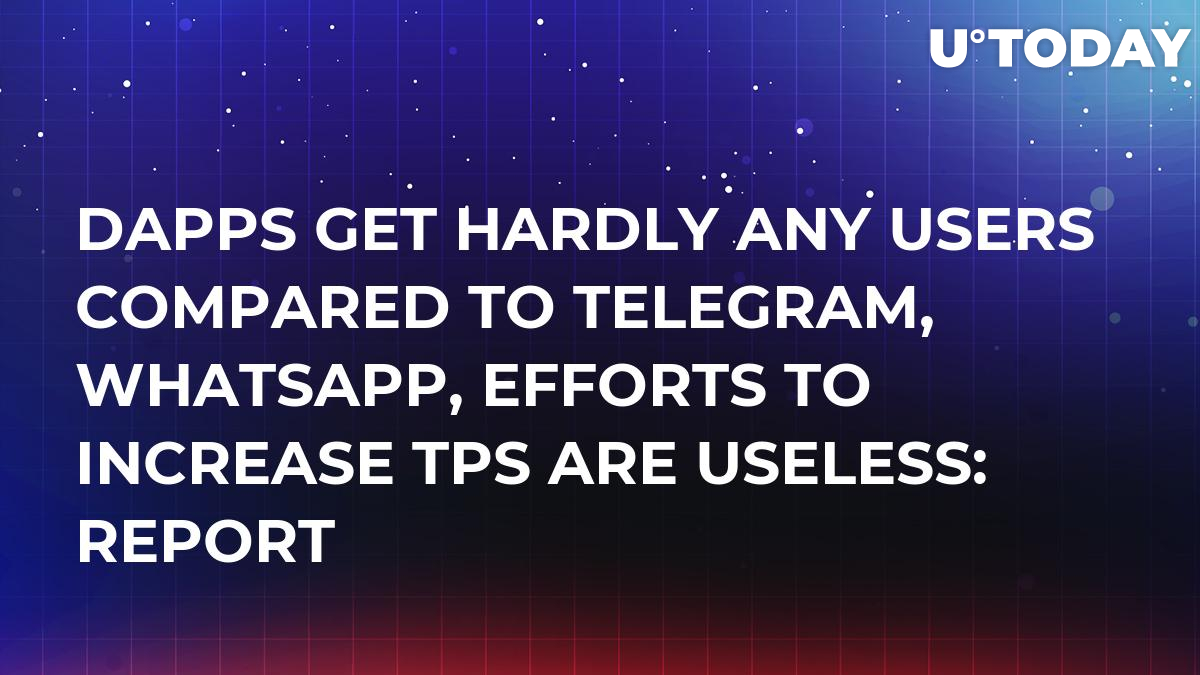 Based on the data by stateofthedapps.com, the CEO of zkSystems concludes that only 10 percent of all ETH-powered dApps are used for financial transactions and have regular active users at all.

The research was conducted regarding 1812 ETH dApps on stateofthedapps.com. The brief research made it clear that ERC20 transactions take place on only 180 of them, which is about 10 percent. The particular date when the data was checked is February 1, 2019.

The CEO of zkSystems, Diana Rees, believes that these poor results are a fine demonstration of how far the world still is from a massive adoption of blockchain and dApps in particular.

Also, 100 Ethereum apps out of the 180 aforementioned ones were analyzed to see how frequently transactions take place. The outcome is that only 13 percent of those decentralized apps pass through over 100,000 transactions on a daily basis. The biggest amount of those transactions does not exceed 200,000.

ETH-dApps are the least popular

Still, dApps on the whole are far from being widely adopted, not only those on Ethereum. 8 out of the top 50 ones are built and run on ETH. DICE, operated by EOS, has nearly 500,000 financial operations per day.

Almost all dApps in the top-ten on the DappRadar website with large amount of cash flow are run on Tron. However, the number of active users per day is nothing compared to popular chat apps like Telegram or WhatsApp, says the research.

The sad point is that despite the hard efforts of platforms like Tron, EOS or others that are achieving thousands of transactions per second, the research points out that in reality, perhaps dApps do not need so many of them, since there are hardly any actual users.