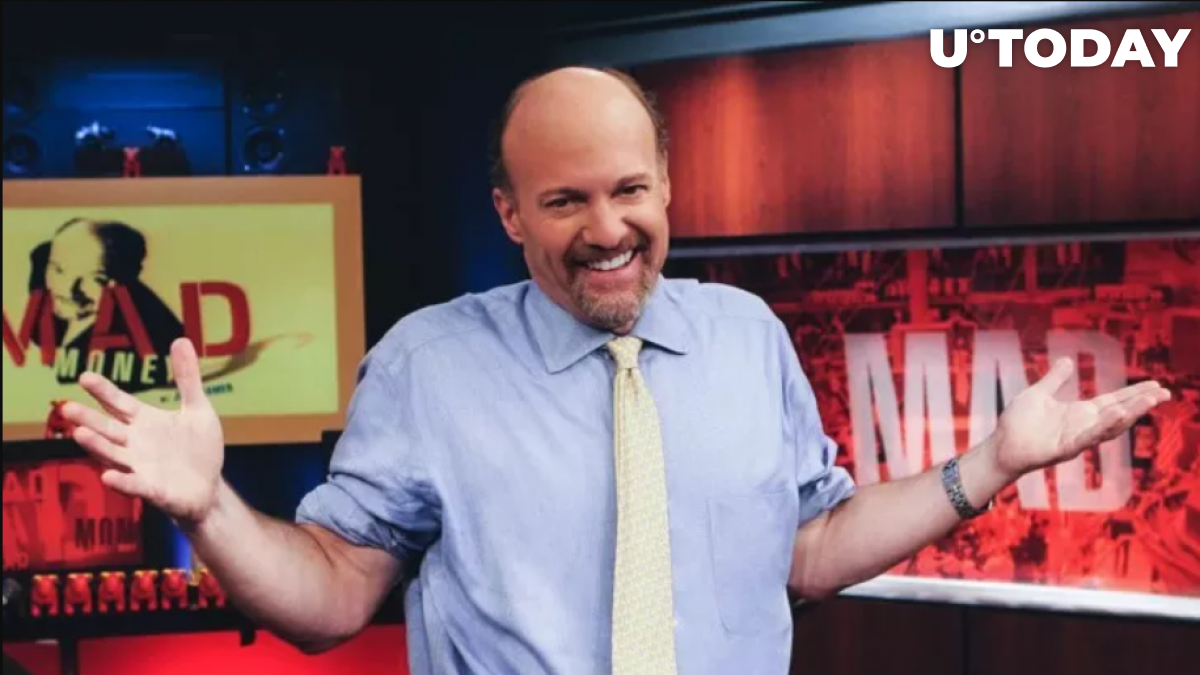 Jim Cramer, the long-time host of CNBC’s “Mad Money,” has doubled down on his support for Bitcoin.

In a recent tweet, he calls Bitcoin “a great alternative” to gold while also saying that it’s not too late for it.

The fact that Cramer is known for some terrible stock market picks might sound apprehensive to the bulls, but he changed his tune on Tesla right before its explosive rally in Q1 2020.

Cramer was rather skeptical of Bitcoin during the previous bull run. In December 2017, he claimed that the rollout of regulated futures by Cboe would “kibosh” it.

As reported by U.Today, Anthony Pompliano of Morgan Creek Digital persuaded Cramer to get into Bitcoin, extending the list of CNBC personalities who are not bullish on the top crypto.

On a podcast with the outspoken Bitcoin bull, the veteran TV host revealed that he had recognized the leading cryptocurrency as a hedge against inflation that his kids would be able to understand.

I’m not a, you know, a paid spokesman for why I need gold or why I need crypto but I just need something that my kids will understand as a hedge to inflation, and they will never understand gold.

As Pompliano notes, Bitcoin is “stealing” the market share of gold as it is becoming increasingly attractive for institutions.

BlackRock CIO Rick Rieder recently opined that Bitcoin could take the place of the yellow metal “to a large extent.”

In its October note, JPMorgan stated that tech-savvy millennials were the main force behind the cryptocurrency adoption.