Denys Serhiichuk
Can most of the cryptocurrencies follow Bitcoin (BTC) after yesterday's drop? 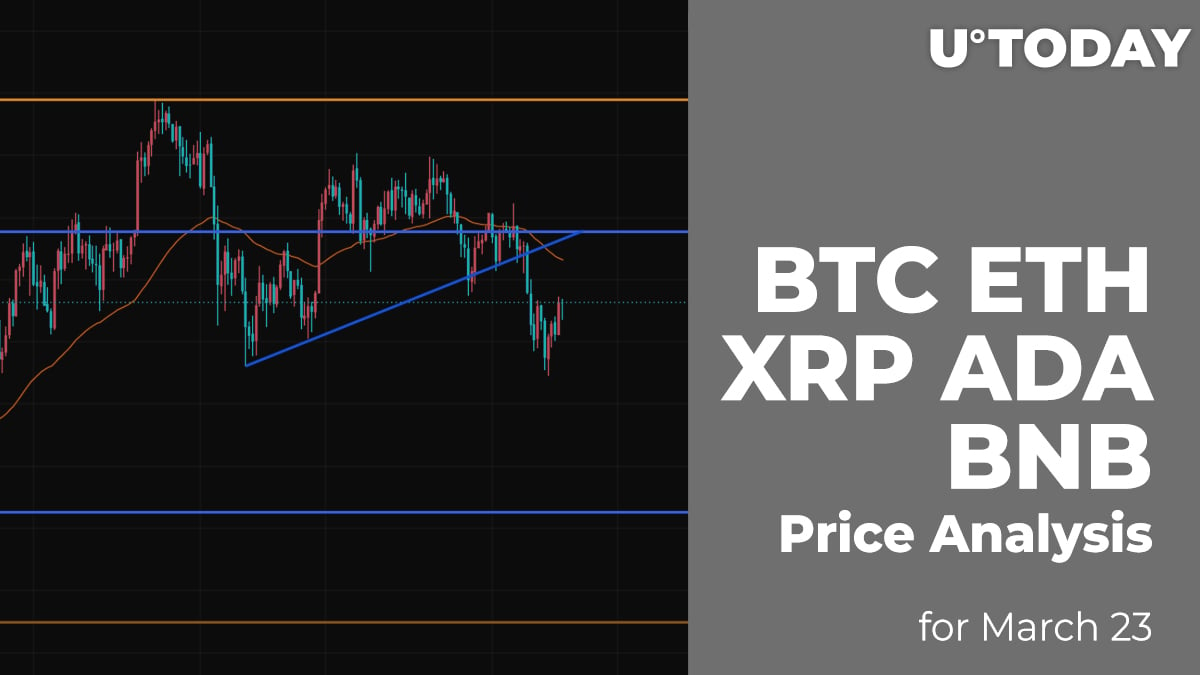 A slight correction has arrived on the cryptocurrency market as most of the top 10 coins are in the red zone. Theta is the only one trading in the green.

Sellers broke the support of the upward trendline last night. Bearish pressure increased, and the pair marked a local minimum at $53,715.

Bulls still have a chance to keep the rise if they fix above the aforementioned zone. Moreover, the selling trading volume keeps declining.

Yesterday, the Ethereum (ETH) price consolidated for a long time around the POC line ($1,800). Late in the evening, bears broke through the lower border of the two-week side channel and tested the support at $1,680.

The price bounced overnight, but buyers were unable to bring the pair back into the wide sideways range. If the bears intensify the onslaught, the price may reach the support of $1,600.

At the end of last week, the XRP price consolidated above the psychological level of $0.50. Yesterday, the pair continued to rise to the $0.60 area. After a long lull in the XRP market, there is now some recovery in trading and a surge in volatility for the pair.

Buyers were unable to break through the $0.60 resistance yesterday, and their attempt was unsuccessful tonight. It is possible that, in the near future, the price of XRP will roll back to the four-hour EMA55, which is now taking place in the area of $0.50.

Binance Coin (BNB) could not keep the growth yesterday and, as a result, the rate dropped by 2.56%.

On the daily chart, almost nothing has changed since yesterday as Binance Coin (BNB) keeps trading in a sideways channel. However, a rise is more likely than a drop as the selling volume is getting lower. Thus, the volatility is also low, which means that a price blast to the nearest resistance at $296 may happen soon.

Binance Coin is trading at $260 at press time.

Despite the 2.50% fall, Cardano (ADA) keeps trading in the rising channel on the daily time frame.

Cardano (ADA) is located above the MA 50 after yesterday's dump, which means that buyers are more powerful than sellers. At the moment, it is too early to consider setting new peaks as bulls need to overcome the closest resistance of $1.34.