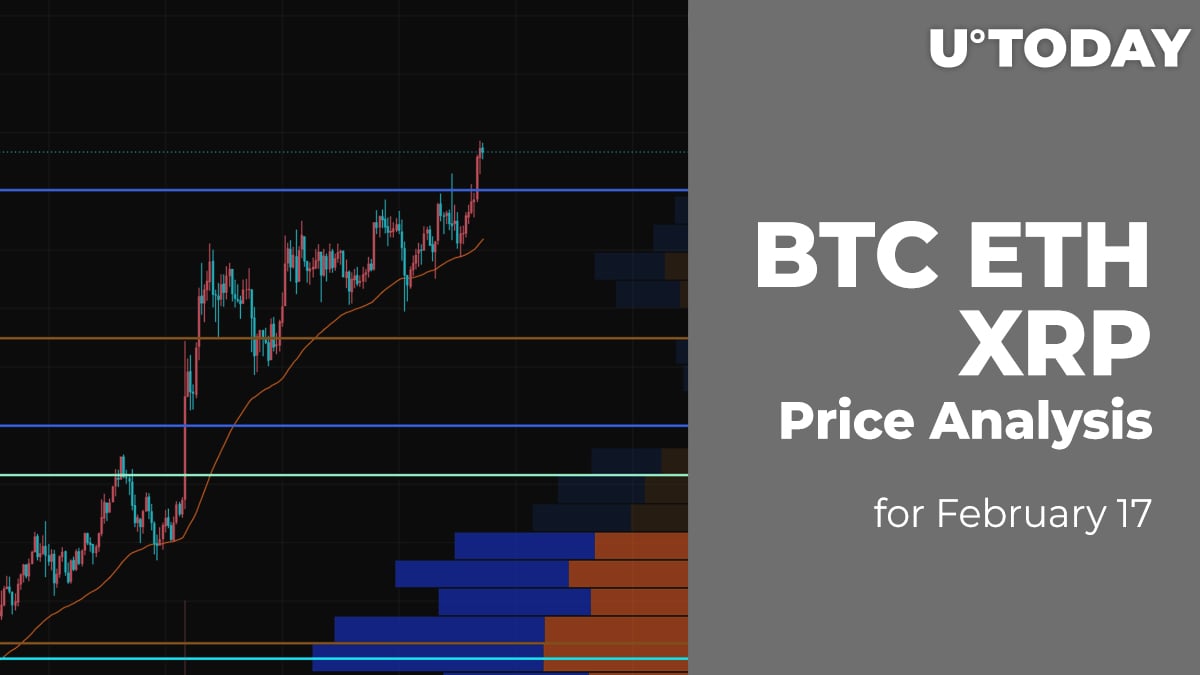 Some coins have entered a short-term decline today as Bitcoin (BTC) has broken the vital $50,000 mark.

The vital statistics for Bitcoin (BTC), Ethereum (ETH) and XRP:

Yesterday, bulls tried to continue the race. They managed to pierce the psychological level of $50,000 and mark a new high above the $51,000 mark.

Sellers reacted with a series of sell-offs, causing the price to pull back to support the 2-hour EMA55. This morning, bulls will continue their attempts to keep the race going, and if the growth is supported by large volumes, then the next maximum is possible in the region of $52,000.

If the bullish momentum turns out to be weak, then the high will be followed by a pullback to the support of $46,000.

Ethereum (ETH), unlike Bitcoin (BTC), has not shown such a price rise. Its rate has remained in the same place since yesterday.

On the daily chart, Ethereum (ETH) is getting out of the consolidation phase and is ready to conquer new peaks. In this case, bulls can get the rate of the second most popular crypto to the vital mark of $2,000.

Yesterday, the 4H EMA55 failed to cope with the selling pressure and the bears broke through the rather strong support of the moving average.

At the end of the day, the XRP price pierced the psychological level of $0.50 but, until this morning, the pair was trying to gain a foothold above the $0.50 mark. If the bearish momentum repeats, the pair will roll back to the support of $0.45.