Denys Serhiichuk
Apart from Bitcoin (BTC), can any of the prospective coins show signs of steady growth in a long-term scenario? 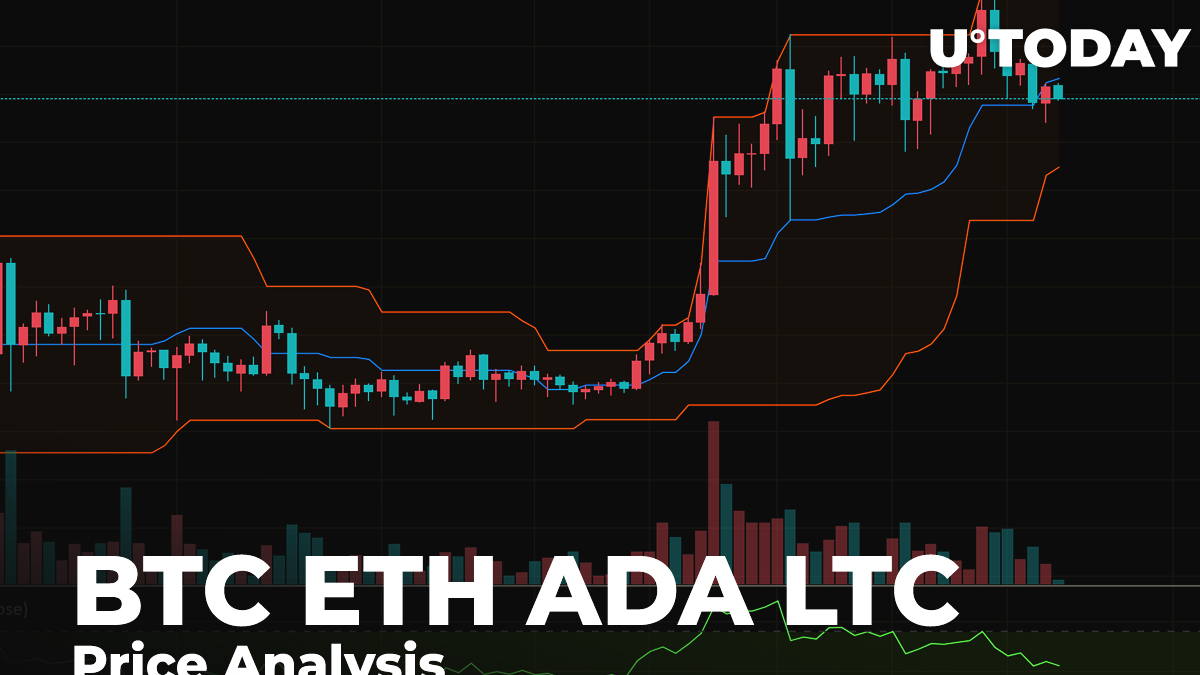 The bearish sentiment dominates the cryptocurrency market; however, there is one exception to the rule. Polkadot (DOT) is the only coin from the Top 10 list that is located in the green.

Below is the key information for Bitcoin (BTC), Ethereum (ETH), Cardano (ADA), and Litecoin (LTC):

Bitcoin (BTC) continues to be stuck a correction period after failing in an attempt to fix above the crucial $12,000 mark. The price change from the last 7 days has constituted 2.16%.

Looking at the daily chart, the leading crypto is trying to grow; however, the king coin is not supported by a trading volume that show a bearish signal. Thus, there a bearish divergence on the Relative Strength Index (RSI) confirms the bulls' strength.

In this particular case, Bitcoin (BTC) might drop below $11,000 next week if the buyers do not come back. A possible reversal might happen when the coin attains the $10,600 mark.

Ethereum (ETH) has lost much more than Bitcoin (BTC) since last week. The rate for the chief altcoin has decreased by almost 10%.

Ethereum (ETH) is trading in a similar manner to the main cryptocurrency. The trading volume is also declining, which show the weakness of buyers. When applying the Bollinger Bands to the chart, one needs to pay attention to its support line, which refers to $360. The ongoing drop is likely to continue to that mark as the buyers do not have enough strength to maintain growth.

Cardano (ADA) is the biggest winner from our list. The rate for the coin has declined by 3.16% since yesterday, and the price change from last week has accounted for a 12% drop .

Even though the rate of Cardano (ADA) has significantly dropped from last time, it is about to make a reversal now. The trading volume has gone down, which means that a bounce could happen soon. In addition, the high liquidity level confirms the following statement. To sum it up, the bulls could bring back the rate of Cardano (ADA) to its closest support at $0.1324 next week.

Litecoin (LTC) is one of the few coins in which the rate has not declined as much as compared to the other coins. The 'digital silver' has declined by 4.65% from the last 7 days.

Looking at the daily time frame, Litecoin (LTC) has bounced off its support level at $57 for the second time over the last days. For the moment, the bulls are more powerful than the bears; however, it is only applied to the short-term scenario. From the technical perspective, the rise may last until the bulls reach the $61 mark. If they fix above it, then the long-term bull run will continue.