Denys Serhiichuk
Which altcoins can recover after today's drop? 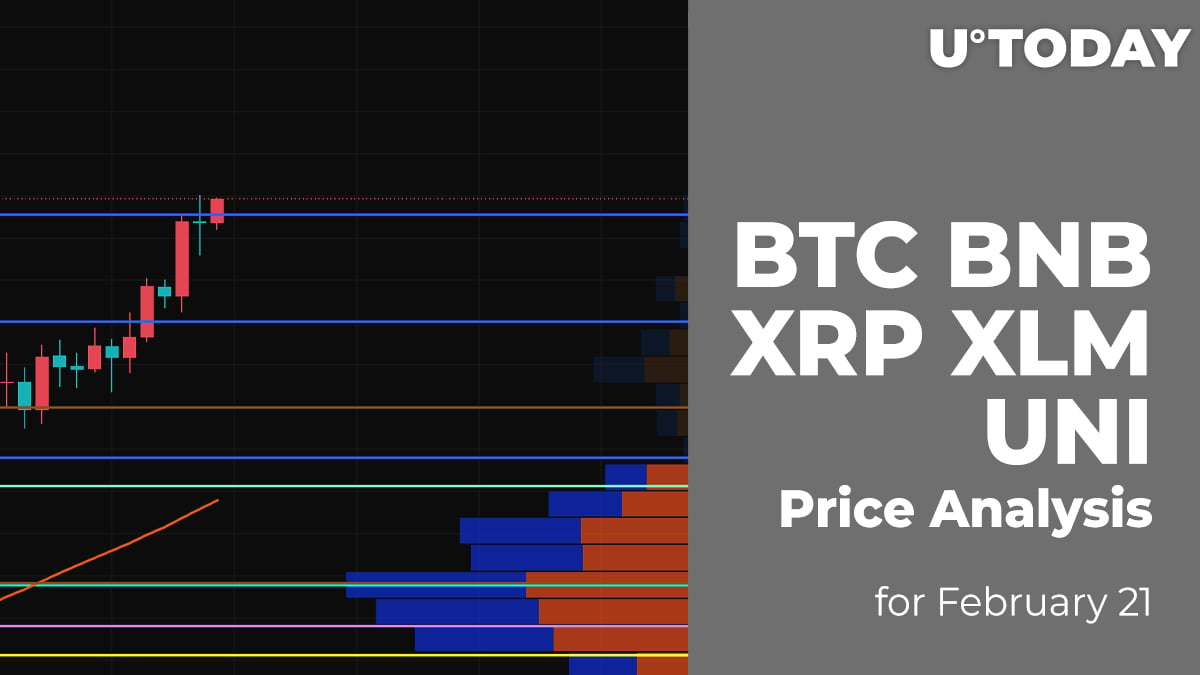 On the last day of the week, neither bulls nor bears are dominating the market as some coins have entered the correction phase.

Bitcoin (BTC), unlike most of the altcoins which keep rising, growing by 2.18% over the last day.

Binance Coin (BNB) could not show short-term growth and went down by 4% since yesterday.

Despite the decline, the rising channel has not been broken, which means that bulls are not going to give up in the long-term projection. If buyers fix above the $350 mark, there are chances of updating the peak of $370 and going higher.

XRP is not an exception as the rate of the popular crypto has fallen by 3.30%.

XRP looks bullish in the short-term as bears could fix below $0.505 and a false breakout has been formed. That is why one may expect a retest of the resistance at $0.58 shortly.

Stellar (XML) is the top loser today. Its rate has decreased by 4.37%.

Stellar (XLM) is about to keep growing as sellers could not fix below the rising channel. If the trading volume remains at the same level, there are high chances of seeing XLM at $0.60 within the next few days.

UNI is a totally different picture: its price has rocketed by 10% over the past 24 hours.

Despite the sharp rise, UNI may not have reached its peak yet as bulls keep pushing the rate of the coin higher. If buyers break the $33 mark, the vital level of $40 may be achieved by the end of the month.