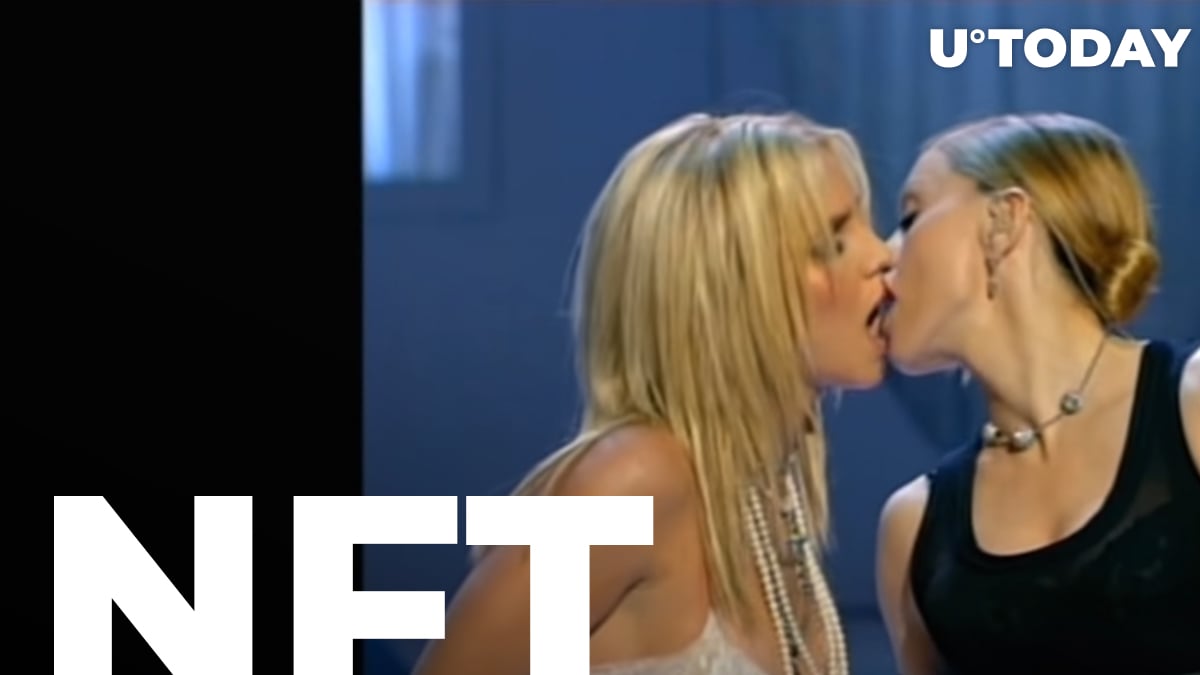 Britney Spears and Madonna's 2003 kiss, a shocking moment from one of the most memorable and controversial female performances in history, is now being auctioned off as a non-fungible token (NFT) by photographer John Shearer, TMZ reports.

The proceeds from the sale, which will take place on NFT auction platform Cryptograph, will be donated to LGBT media advocacy organization GLAAD.

Spears and Christina Aguilera, two irreconcilable rivals at their commercial peak, shared the same stage in bridal gear, drawing the attention of audiences tuning into the Video Music Awards in 2003. But the real fun began when the queen of pop herself emerged on the stage as the "groom."

Madonna, who also collaborated with Spears on her hit "Me Against The Music," recently criticized the pop star's draconian conservatorship, becoming an advocate for the #FreeBritney movement.

As reported by U.Today, Spears was rumored to be using Bitcoin to hide funds from her abusive father, Jamie Spears.

After shocking new allegations emerged about Jamie Spears putting his daughter under intense surveillance in a recent New York Times documentary, he was recently suspended as the pop star's conservator.
#NFT News