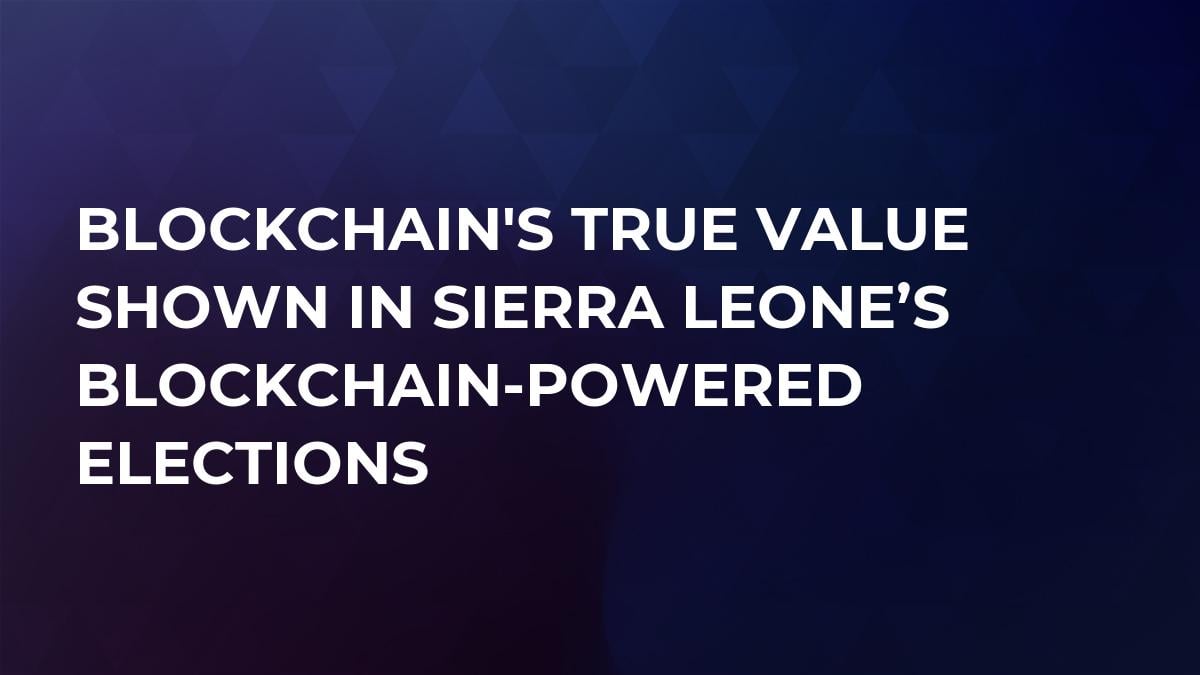 There is no doubting that corruption and manipulation are rife in political realms, and in countries where there are many impoverished and disadvantaged citizens, the corruption is usually at its highest.

Recently, in the poverty-stricken country of Sierra Leone, there was some positive news emanating around the use of Blockchain technology as elections in the country had a boost with the help of this distributed ledger.

While everyone can view entries on permissioned Blockchains, entries can only be validated by authorized persons.

With so many uses for Blockchain being spouted and developed through ICOs and the likes, it is difficult to envisage a use that can truly help make the world a better place, and not be one that is simply aimed at being a money grab.

Blockchain elections have been mulled over and discussed at length, but as with a lot of Blockchain applications, they have lacked the ability to be executed successfully and to full effect.

Now, by Sierra Leone opening the door to this possibility, suddenly, Blockchain can have life-changing ramifications. The power of the technology exists in its transparency, decentralized nature and anonymity, and, when it comes to elections, all of those facets are key.

Elections have been fraught with corruption and manipulation for ages, especially in African countries were dictatorships spring up easily, and the will of the people is brushed aside.

However, the use of Blockchain technology can easily ensure that the people’s will is available for all to see - immutable, unhackable and transparent.