Yuri Molchan
A Twitter user states that up to 60 percent of Bitcoin has not been moved from wallets in a year, which means that BTC is becoming a real store of value 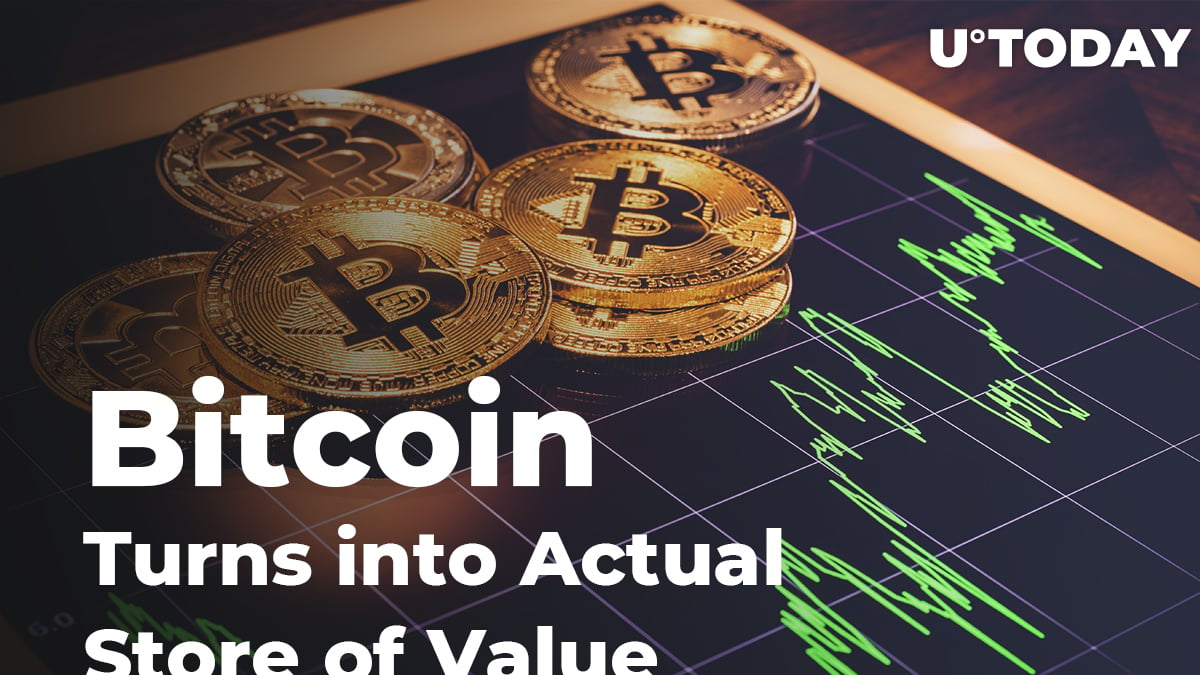 Many crypto community members have been long saying that Bitcoin is going to turn into a store of value, pushing out gold. One of those is the famous investment and hedge fund guru Mike Novogratz.

60% of all bitcoins have not moved in one year.

That's 10.5 million bitcoin being held as a store of value for the last 12 months.

Bank accounts will become as rare as land lines are today.

Bitcoin as a store of value

The information that users have been hodling 60 percent of all BTC for the last year may be a signal of rising interest towards Bitcoin from market players, saying that they are in search of an asset which would make investments safe and provide high returns on them.

A lot of observers support this point of view and some even believe that BTC has almost surpassed gold in this respect. The latter has been considered a safe haven for literally ages.

Related
Ripple Sets Up Branch in Brazil, Plans to Continue with Its Latin America Rollout

Head of ETF Store Nik Geraci has previously stated that the majority of new generation investors, especially in South Korea, are now massively buying Bitcoin. A lot of financial institutions are doing their best to strike a balance in their reserves, using gold and crypto, decreasing the share of precious metals and increasing their BTC investment.

Also, U.Today previously reported that up to 90 percent of millennials, both in the US and UK, prefer to invest in Bitcoin rather than in gold or traditional securities.

However, it should be kept in mind that part of those 60 percent BTC that has remained unmoved for a year, was due to their owners losing and being unable to restore their private keys.

BTC as a store of value or BTC adoption?

Sometimes opinions split on this issue. Investors, like Mike Novogratz, insist that Bitcoin will be used mostly as a store of value and a safe haven, replacing gold and USD. When this happens, Bitcoin price will soar, they say.

Others, including the billionaire Tim Draper, believe that in five or ten years those trying to pay fiat will be a laughing stock and that BTC will be used as a means of payment, the way Satoshi Nakamoto intended it to be.

The third group of crypto fans is positive that both approaches must be combined for Bitcoin price to go to the moon.