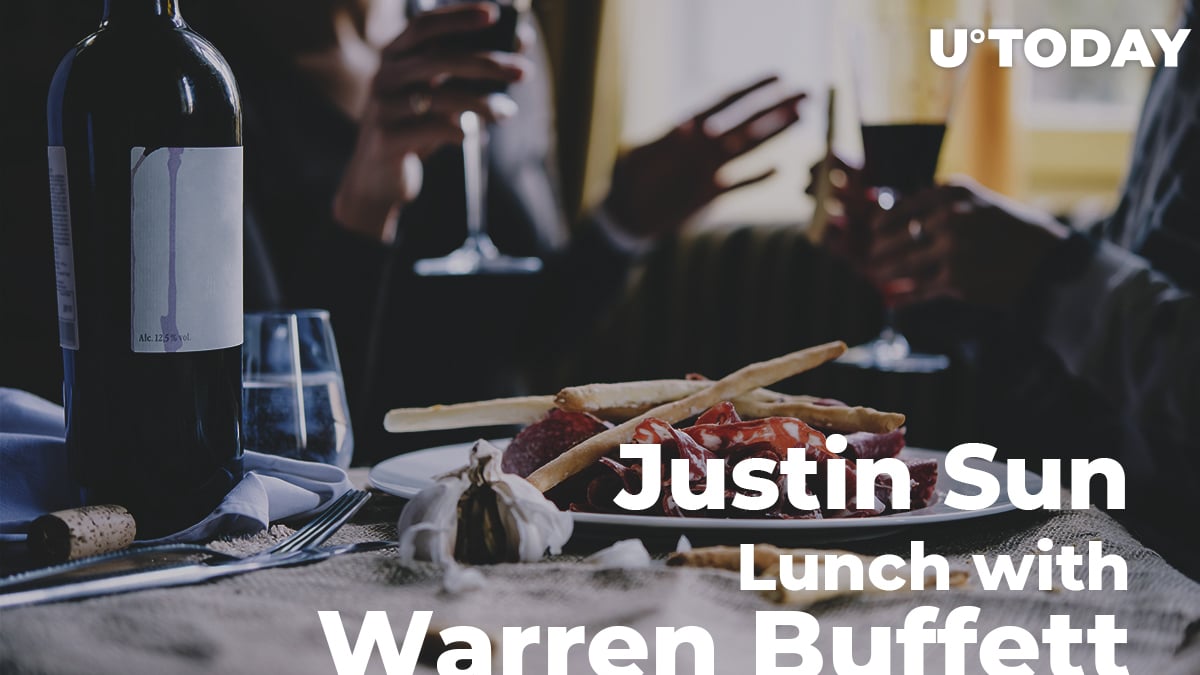 As reported by U.Today, Tron CEO Justin Sun won a charity dinner with Warren Buffett after forking out a whopping $4.5 mln (the highest bid ever).

During a recent interview with Yahoo! Finance, Sun revealed that he paid for the lunch with his revenue from BitTorrent Inc., which has nothing to with crypto.

Justin Sun revealed that turning the Oracle of Omaha, an avid Bitcoin hater, into a crypto enthusiast wouldn’t be easy. The crypto boss even calls this effort “unrealistic.”

It might be unrealistic to convince Warren Buffett, just in three hours, to buy cryptocurrencies,” he claims.

Sun emphasizes that the main purpose of their three-hour-long lunch will be showcasing the “progress” of the cryptocurrency industry and, of course, Tron, the cryptocurrency that is about to surpass Ethereum by a total number of transactions.

Moreover, Sun sees this as an opportunity to express his gratitude to Buffett whose investment strategy helped the Tron CEO make his own fortune.

The most interesting part of the interview deals with the fact that Justin Sun, who rose to prominence in the mainstream media as “Crypto CEO,” actually paid for his dinner with the money he earned from BitTorrent.

It has like nothing to do with the cryptocurrency,” says Sun.

Sun also claims that he has been a long-time investor in the stock market (in particular, he invested early in Tesla), which is why, according to Sun, they find a lot of things in common between crypto and the traditional market.