Yuri Molchan
Bitcoin has taken much less from the gold market cap than is believed, CEO of CryptoQuant explains, saying how this shift can impact the BTC exchange rate 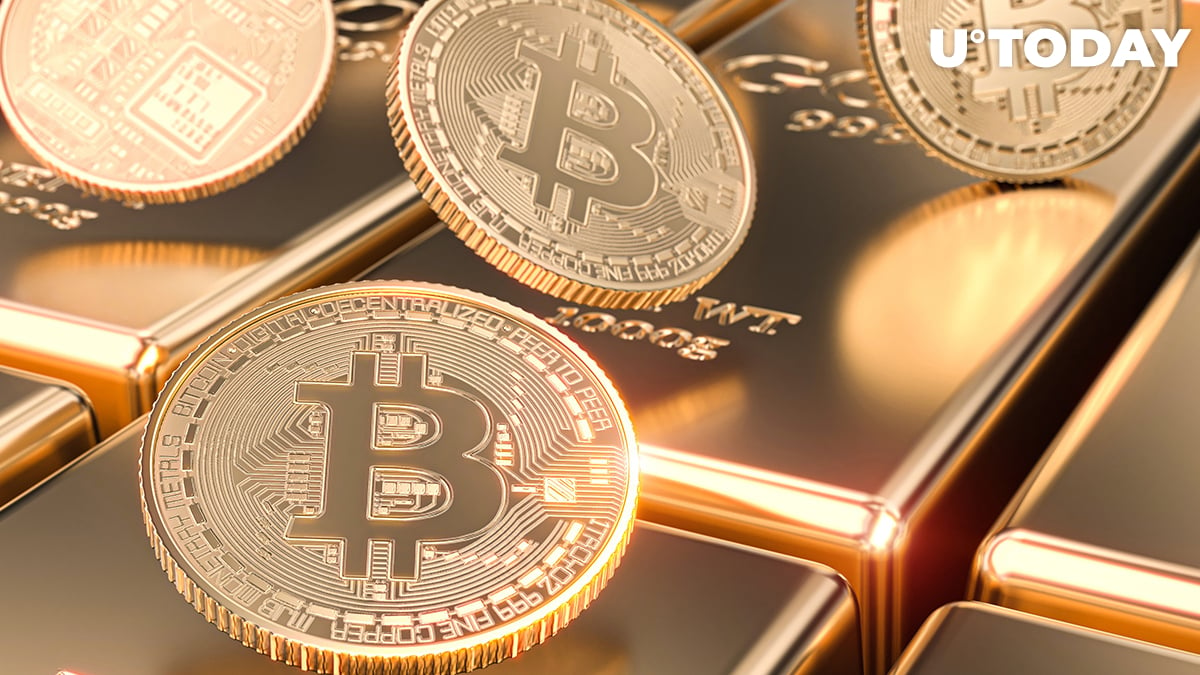 Founder and CEO of the CryptoQuant company, Ki Young Ju, has revealed that the percentage of the market cap value absorbed from gold by Bitcoin is so far much less than it is believed to be.

He explains why this figure has been exaggerated.

"Bitcoin has not taken 7 percent of the gold market cap"

Ki Young Ju has taken to Twitter to share that, according to data provided by CryptoQuant, the amount of market cap that Bitcoin has absorbed from gold totals not seven percent, as it is believed to be, but only two percent (based on realized market cap).

He explained that this is due to the existence of unclaimed coins, lost coins or coins unreachable for other reasons.

In late November of last year, analyst Jacob Canfield shared a chart showing that Bitcoin is taking away value and market share from the most popular precious metal, gradually taking it over as a store of value.

In his tweet, the analyst mentioned that Bitcoin is gradually siphoning value from gold. While the market cap of the conventional store of value stood at roughly $10 trillion—$9 trillion in late 2020—Bitcoin's market cap back in December was approximately $440 billion.

Since then, after the flagship cryptocurrency surged to an all-time high of over $42,000, its market capitalization value exceeded that figure by 50 percent, standing at $649 billion as of Jan. 13, according to data shared by CoinMarketCap.

Goldman Sachs analysts, however, believe that gold and Bitcoin can coexist peacefully and there are no signs of BTC cannibalizing the latter.

Earlier this year, Bitcoin's market cap briefly exceeded that of the Facebook social media giant, entering the list of the top 10 companies by market capitalization. However, by now, Mark Zuckerberg's company has recovered its position and pushed Bitcoin back.