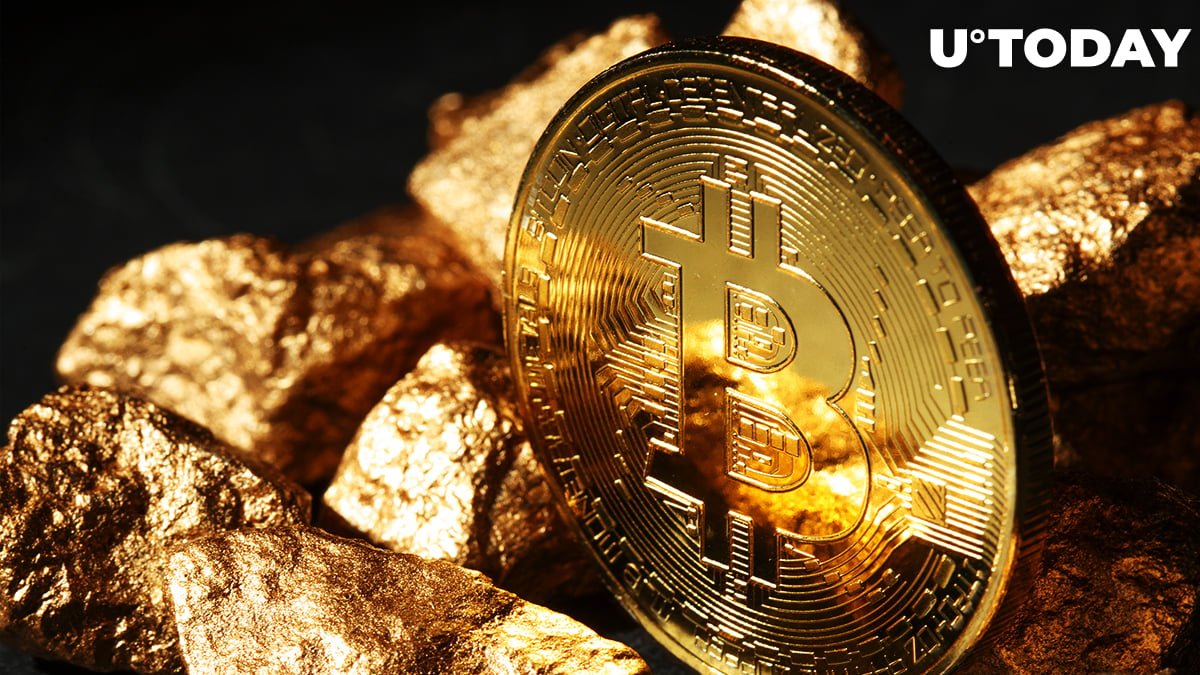 Founder of SignalProfits.com and a major crypto analyst on Trading View, Jacob Canfield, has taken to Twitter to share that the industrial era and the era of gold are coming to an end.

Gold is passing its riches to the new store of value – Bitcoin, Canfield says.

Jacob Canfield has tweeted that what can be seen around now is the death of the industrial era and the digital era taking over.

Meanwhile, he adds, the major store of value of the past epochs (gold) is losing its value and market share to the new store of value – Bitcoin, which is often referred to as “digital gold”.

He adds that even though Bitcoin’s market cap value is only $356 billion so far (and gold’s is $9 trillion), the process of overtaking is already underway.

Canfield has posted a chart, showing his thoughts of Bitcoin’s further fate. The yellow star shows the process has just started before Bitcoin could become “full global money”.

Bitcoin decouples from gold and hits a new ATH

Skew analytics data provider has published a chart, showing that the major cryptocurrency Bitcoin has been decoupling from gold as Bitcoin has surged above the $19,000 level and gold’s price went down to slightly below $1,800.

The vocal Bitcoin critic Peter Schiff has taken another jab at Bitcoin, explaining the price surge by the intention of the Guggenheim Fund to allocate $500 million into BTC.

However, he believes the BTC rally could be a market manipulation.