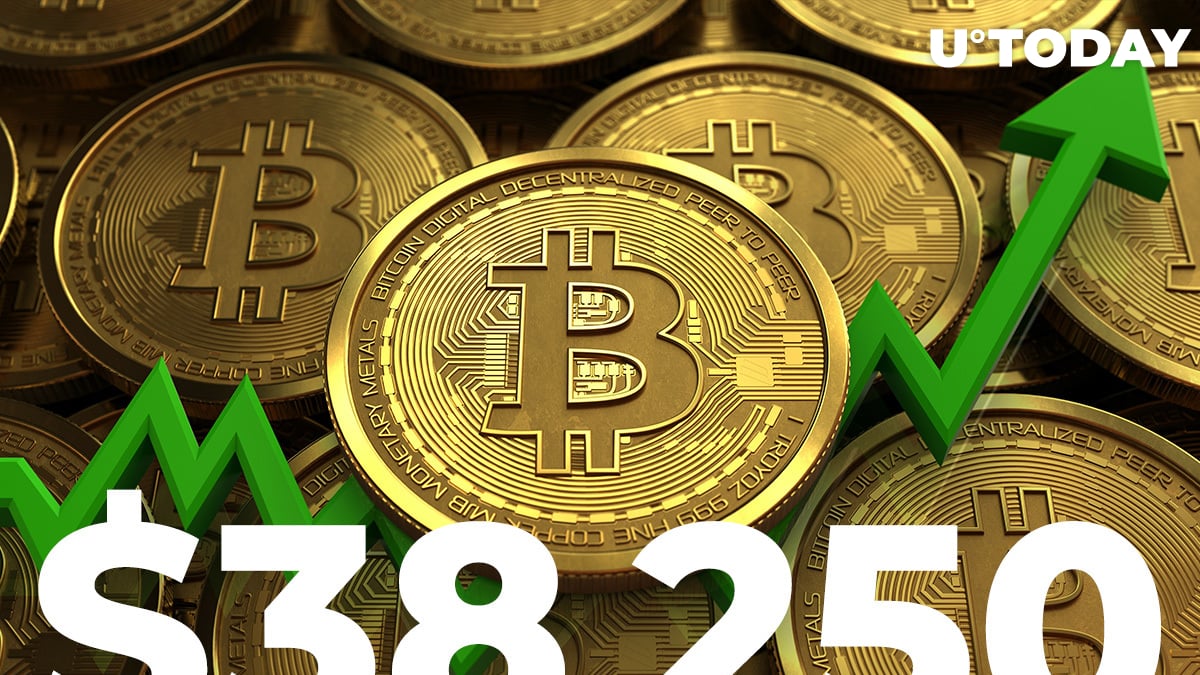 The flagship digital currency has soared to hit the $38,250 level at 11:07 a.m. in London after global banking regulator the Basel Committee proposed tough capital controls for banks, showing that it is taking Bitcoin very seriously now.

Bitcoin is up 5.1 percent thanks to Basel Committee on Banking Supervision

As has just been reported by U.Today, the Swiss-based Basel Committee has proposed new capital controls for banks globally.

This proposal would oblige banks that offer Bitcoin investment programs to set aside enough money to cover all customers' losses on BTC in full.

The coverage should be 1,250 percent as Bitcoin is put into the highest risk category. Thus, the regulator has shown that the banking industry is taking Bitcoin and other crypto assets very seriously now.