Yuri Molchan
A redditor claiming to be a time traveller from 2025 says Bitcoin will hit $100,000 in 2019 and then…the US dollar and central banks will disappear 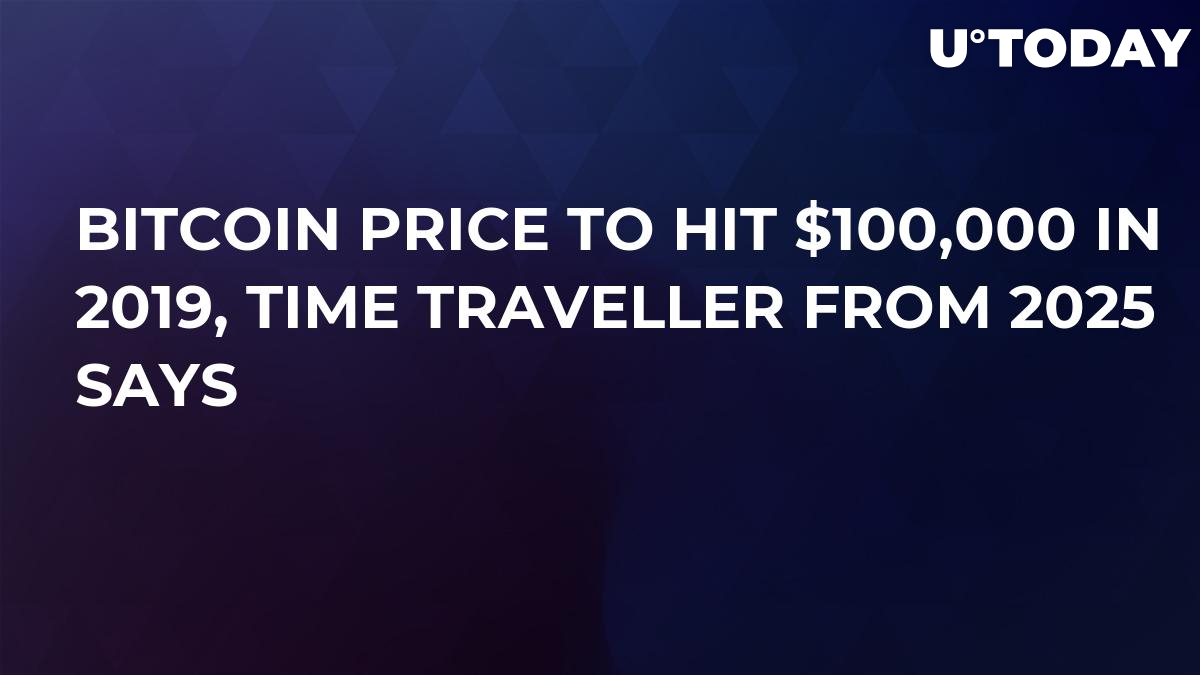 The #Bitcoin time-traveler has been right since 2010.

A time traveller begs the community to destroy Bitcoin

However, further description of the world to come turns out to be not so good, despite BTC hitting $1 mln.

Further in the post, the man describes the post-apocalyptic world which has massive BTC holders living in ‘citadels’ and the rest of the global population, where the average person holds approximately 0.001 BTC.

In 2025, terrorists go around killing early adopters of Bitcoin (with large BTC balances). As per the self-proclaimed time traveller, the Winklevoss twins were the first to die a painful death.

At the end of the post, Luka Magnotta begs the world to destroy Bitcoin in order to save the future and avoid sharing the fate of his world.

Related
Crypto Freak John McAfee Releases Bitcoin Card with His Image on It, While Still on the Run from IRS

The crypto community hopes the 2019 forecast is correct

However, one of the commentators, the most practical-minded of all, expressed hope that the ‘time traveller’ would be right about 2019 and Bitcoin hitting $100,000.

Even though he did not comment on the aforementioned post, Mati Greenspan from eToro offered an opinion that opposes the sad picture of the future in 2025, described by the ‘time traveller’.