Crypto Freak John McAfee Releases Bitcoin Card with His Image on It, While Still on the Run from IRS

Yuri Molchan
John McAfee, the famous ‘notorious guy’? in the crypto sphere is about to ?release his long-promised Bitcoin ??debit card – right from his yacht in the Bahamas 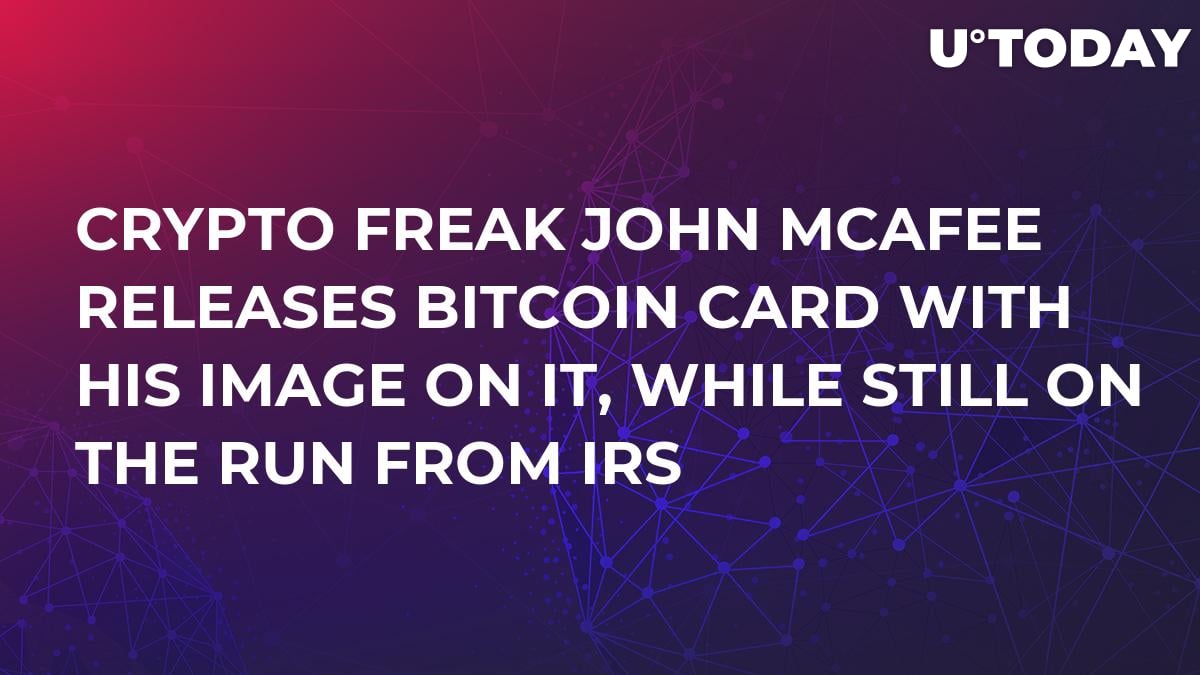 ‘Crypto baron’ as many call him, John McAfee, has been promising to come out with a crypto debit card with his image on it for a while already.

On Tuesday, May 28, while still being on the run from the IRS, McAfee posted a photo of the promised debit card with “Freedom Lover” written on it and a cocktail that seems to be a “White Russian”. McAfee promised that the card would be ‘coming soon’.

The ‘McAfee card’ is accepted everywhere

It is accepted world-wide, he promises, basically everywhere that Visa or Mastercard is taken. He does not specify which currency or currencies card users will have access to but on the back side of the card you can see a Bitcoin logo.

In order to issue this card to a future owner, McAfee’s team requests only the name a person wants on the card and the address s/he wants it to be delivered to, nothing more – this is done to protect users’ privacy, writes John McAfee.

One thing I forgot to mention about my upcoming Visa/Mastercard Crypto Debit Card: I retain the privacy and anonimity inherent in Crypto. We ask only what name you want on the card and what address you want it shipped to. P.O. boxes are acceptable. pic.twitter.com/tkW5ky1jBs

A question that is repeated in the comment thread multiple times is ‘how do I get one?’ to which McAfee answers with a laconic ‘soon’.

How to get one? Coming soon. pic.twitter.com/pH2Xpxsknq

Former antivirus mogul McAfee is currently staying on his yacht in the Bahamas, being on the run from the IRS due to years of avoiding paying taxes.

Previously, U.Today has reported that a few companies have already emitted cards that allow spending crypto through them.

In February, BitTorrent launched its GRID X BitTorrent Card, which allows paying with BTT and TRX or simply storing these currencies, using the card as a wallet.

Among other startups that have launched their own crypto cards are Spend App and 2gether. The latter enables users to store BTC, XRP, EOS, XLM and some other coins, as well as allows paying with them.