Yuri Molchan
Microsoft has added Bitcoin to the list of currencies in Excel, which basically means that BTC has been acknowledged as mainstream 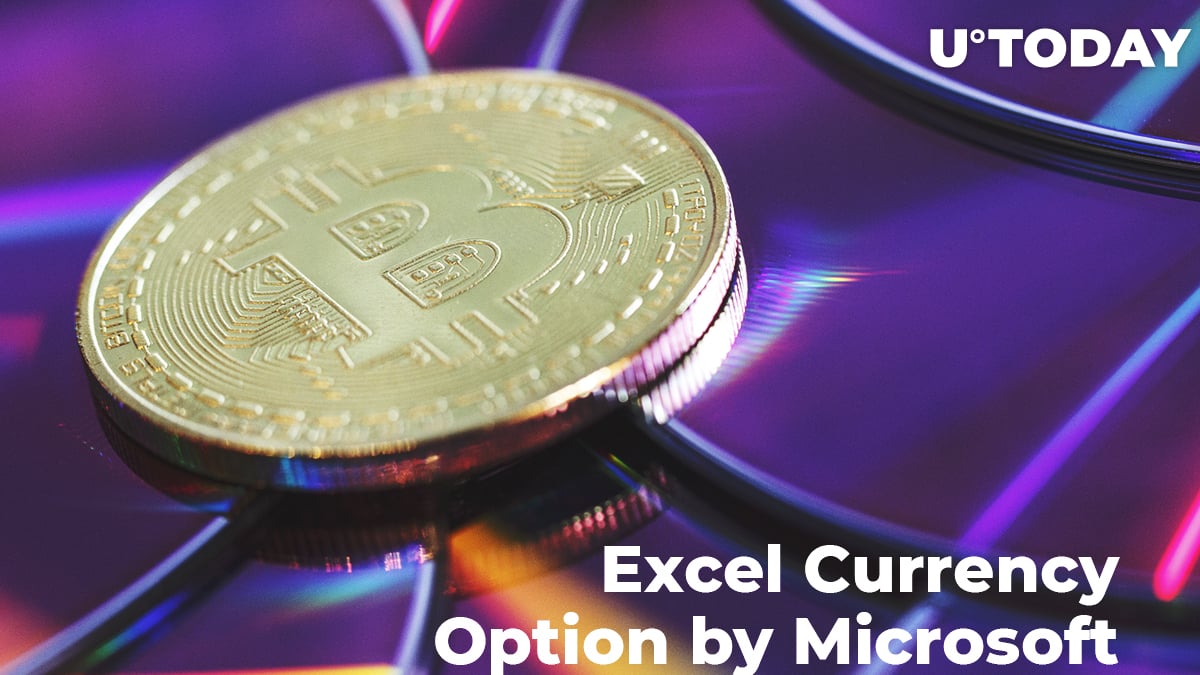 Among the major barriers that Bitcoin has to get over in order to be called mainstream is global spread through merchants wishing to accept BTC, customers wishing to spend it and some other factors.

However, now BTC has one less hurdle to overcome – Microsoft has recently added BTC as one of Excel’s currency options.

Other crucial milestones Bitcoin has achieved by now

Bitcoin has already been endorsed by celebrities, such as rapper Nipsey Hussle, who was spreading awareness of BTC and other crypto among his fans before being fatally shot recently, as well as NFL players, who wish to be paid in Bitcoin.

This doesn’t make any sense! My spirit is shaken by this! Dear God may His spirit Rest In Peace and May You grant divine comfort to all his loved ones! ???
I’m so sorry this happened to you @nipseyhussle pic.twitter.com/rKZ2agxm2a

Pay me in Bitcoin.

Starbucks has started accepting Bitcoin unofficially, and the system has been tested by the Winklevoss twins.

BTC has also been featured in the recently released ‘Crypto’ movie starring Kurt Russell. Even though the film gives crypto a bad name and is rather ‘anti-crypto’, still, this is an important milestone for Bitcoin.

Related
Crypto Freak John McAfee Releases Bitcoin Card with His Image on It, While Still on the Run from IRS

Recently, Microsoft announced its plans to use the Bitcoin blockchain to build an ID system for protecting user data. The IT behemoth is also one of the major investors in Bakkt – a platform that is planning to start trading crypto for its institutional clients soon.