Bitcoin Price Resistance Hovers over $4,000 — Is It Predicted to Boost from There or Fall?

Darryn Pollock
???Bitcoin’s crossing into the $4,000 range has seen it mostly stay above this key resistance, but what is the next move — more growth or a fall? 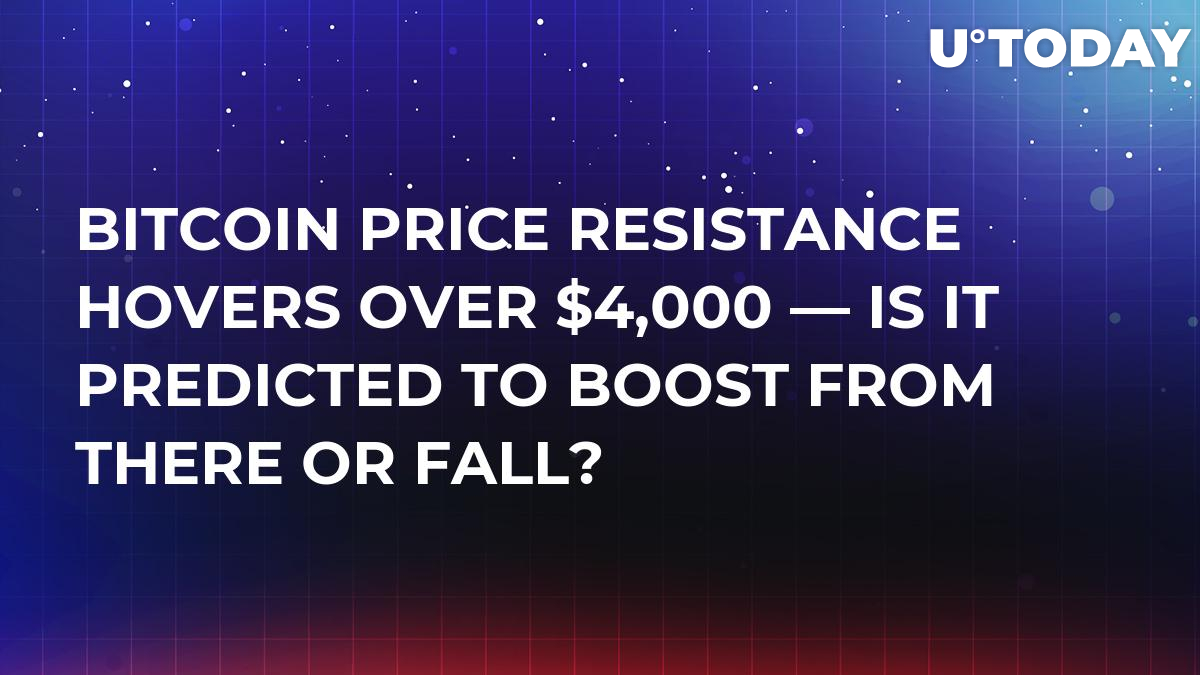 As part of the cryptocurrency spring, Bitcoin has managed to make it past $4,000, and then fallen back, only to fight to reach that same mark again. With that, Bitcoin has been able to remain above the $4,000 mark for a longer period of time in this second foray above the resistance mark, but where does this coin go from here?

A small drop seen overnight has taken Bitcoin briefly below $4,000, but it bounced back to sit on that floor, showing there is a strong resistance level at that point. Nonetheless, it is also vulnerable to falling below that mark, and potentially falling drastically if it can’t keep above it.

However, with the price of the coin showing a better level of stating power, the alternative is that this may be the mark that springboards the coin into a much higher price bracket, especially considering the generally good cryptocurrency sentiment that is around at the moment.

The state of the market

The cryptocurrency market in general finds itself interestingly placed as there is a change in sentiment, but it is certainly not a bull market. News surrounding positive improvements in the cryptocurrency space have seen certain coins boosting and holding their gains, but not on the same level as was seen before.

At the same time, negative news has also not sent the price of the market crashing as was commonplace through most of 2018. What is interesting to note, however, is that there has been very little development surrounding Bitcoin in terms of positive mainstream news, rather it is the altcoins in the spotlight.

The likes of Litecoin has been growing well, up 50% this year alone, and that has helped change the sentiment of the market and in its own way, shifted the price of Bitcoin in a positive manner.

What is potentially poised to happen is that the altcoin season could bolster the market enough to get Bitcoin in a position to rally, and that rally could well mark the beginning of the crypto summer again.