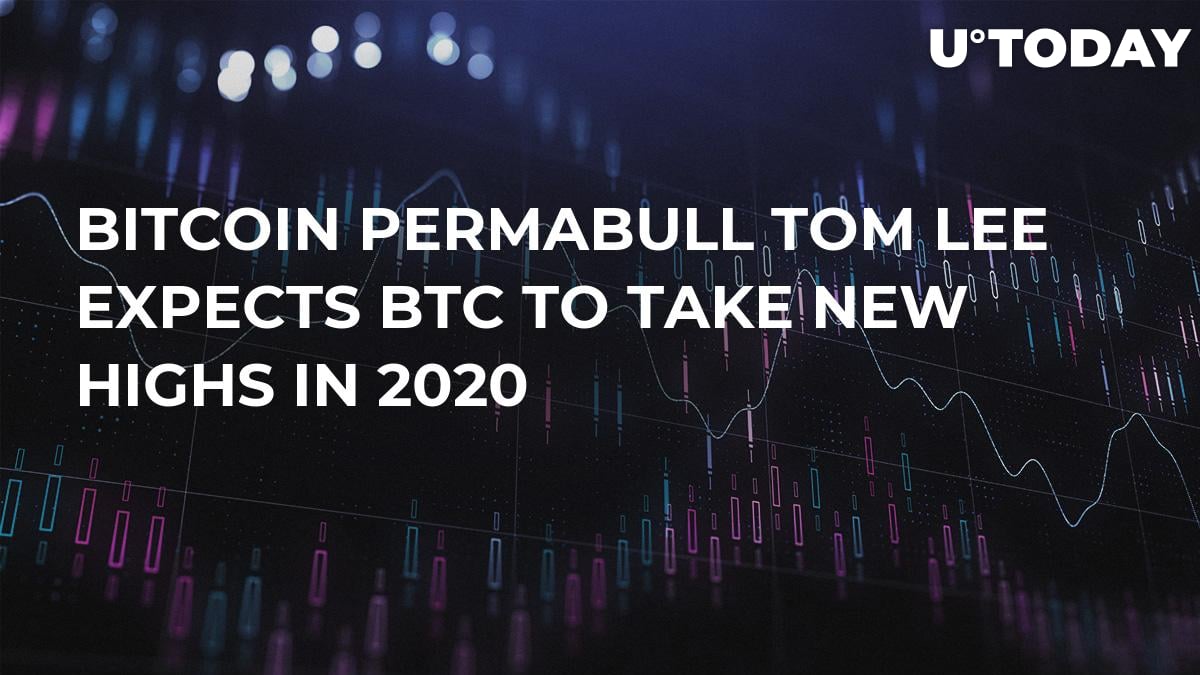 Speaking on CNBC’s show the other day, Tom Lee explained his permanent bullish position on Bitcoin’s price and why he believes that in 2020 this asset will achieve new maximums.

‘Fundamental and technical signs are improving’

As per Lee, there are 11 signs that can be generally seen only in bullish crypto markets. Some of them, he says, have shown up. Among them are volumes of on-chain transactions, going above the 200-day MA, a golden cross formation and an increase of trading volumes in OTC markets.

Lee believes that both technical and fundamental factors for Bitcoin are improving, as well as activities by hodlers.

The head of the research division at Fundstrat reckons that now Bitcoin is about to enter ‘crypto spring’ after the ‘winter’, which was difficult for everyone in the crypto industry. He believes that by 2020 BTC may well get to new ATHs and make investors feel much better than now.

Previously, when appearing on a CNBC show, Tom Lee mentioned that whales had started buying Bitcoin, which is a good sign, and that $14,000 is a ‘fair price’ for Bitcoin.

Earlier, Tom Lee also publicly mentioned that the Bitcoin Misery Index (BMI) had reached one of its highest points since 2016. When BTC soared 20 percent on April 2, the BMI had risen to 89 out of 100 maximum points, which is a very good sign, per Tom Lee.