Alex Dovbnya
⚖️?According to Tom Lee, Bitcoin is trading at 40 percent of its real value, but it doesn’t necessarily mean that the BTC price will touch this level? 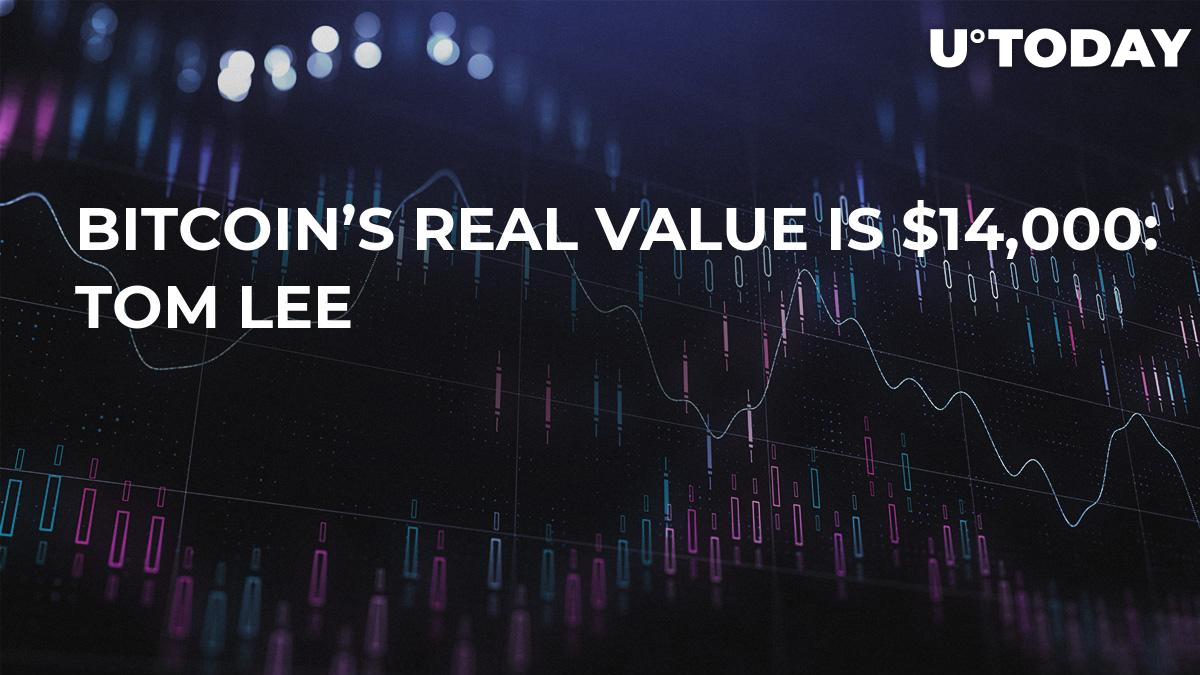 During today’s episode of ‘Squawk Box’ on CNBC, Fundstrat’s Tom Lee weighed in on Bitcoin’s recent rally. This time, Lee didn’t make any price predictions, but he made a case for long-term investments.

“Finally, we had a big move on Apr. 1. It wasn’t clear what caused it, but it was a real evidence that there is a lot of dry powder,” Lee says. “The crypto community kept a lot of cash and was waiting for Bitcoin to break $3,000.”

Speaking about the correlation between Bitcoin and the stock market, Lee assumed that there could be “a catch-up rally”. That was the tenth best first quarter in the history of the stock market. As reported by U.Today, there is very little correlation with other assets, but last year’s Christmas Eve, when cryptocurrencies entered a meltdown mode along with Bitcoin, served as a notable exception.

A lot of hurdles with Bitcoin ETFs

When asked about the Securities Exchange Commission (SEC) approving a Bitcoin ETF, Lee voiced his bullish prediction: “I think that it’s going to be a hugely positive development if (or when) the SEC approves an ETF.” However, he does admit that there are a lot of hurdles for that to take place, and the approval will probably take place much later than any of us expect.

You have to hodl

Lee also thinks that Bitcoin is undervalued. “The fair value for Bitcoin is $14,000,” Lee said. It doesn’t mean that Bitcoin should trade at its fair value. Lee goes on: “We still think that the best approach is to put 1 percent. For the majority of people, 1 percent is a small-risk bet.”

He further explains that Bitcoin makes the majority of its gains on 10 days of the year, so you have to hold it in order to catch the gains.