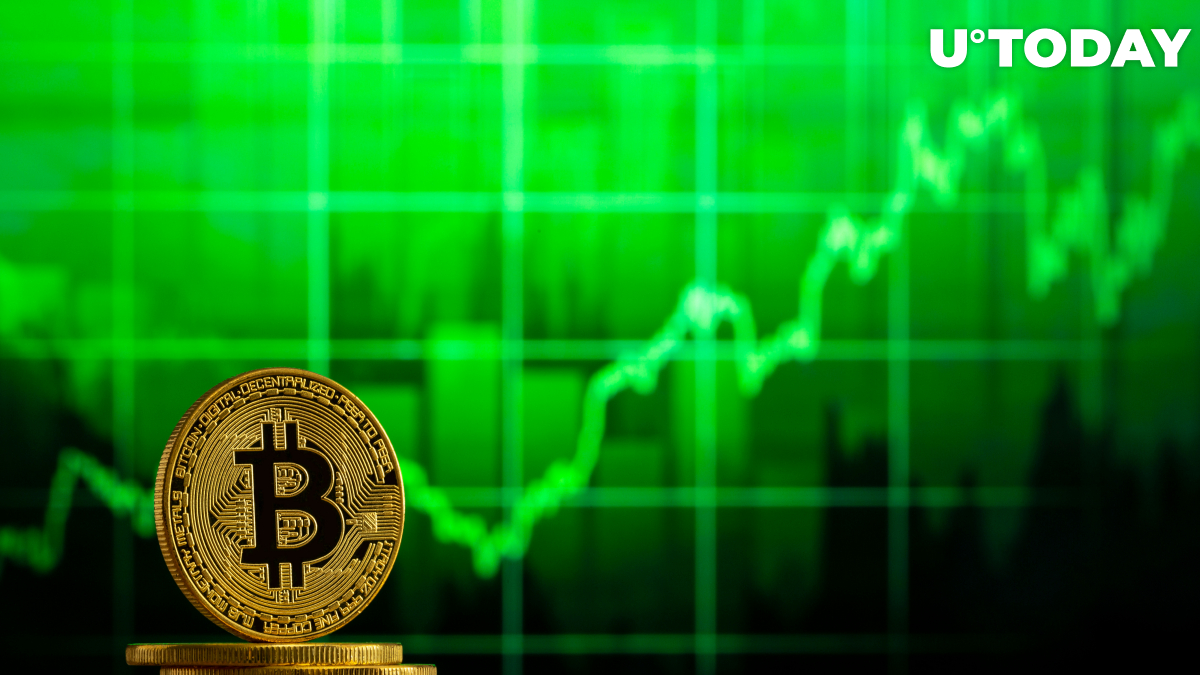 Its market capitalization currently stands at $845 billion, which makes up 43.3% of the total value of the cryptocurrency market.

Roughly $161.3 million worth of Bitcoin has been liquidated over the past day. Short positions account for the majority of the wipeout (66.79%).

Related
Bitcoin Accumulation Rises at High Pace: Glassnode Data
Bitcoin would have to add another 11.3% in order to reclaim the much-coveted $50,000 level. The flagship cryptocurrency is yet to reclaim it this year after its value plummeted in late 2021.

As reported by U.Today, veteran trader John Bollinger recently called attention to a bullish setup formed by the world's largest cryptocurrency on its weekly chart, suggesting that there could be room for further upsides.

As for equities, U.S. stock futures fell on Tuesday, indicating that major indices will open in the red today. This suggests that Bitcoin is becoming more independent from the mainstream financial system after a 120-day correlation between the leading coin and the S&P 500 index reached yet another high.