Dmitry Cake
Bitcoin bounces back after sharp fall, but the seller’s swan song may not be sung yet 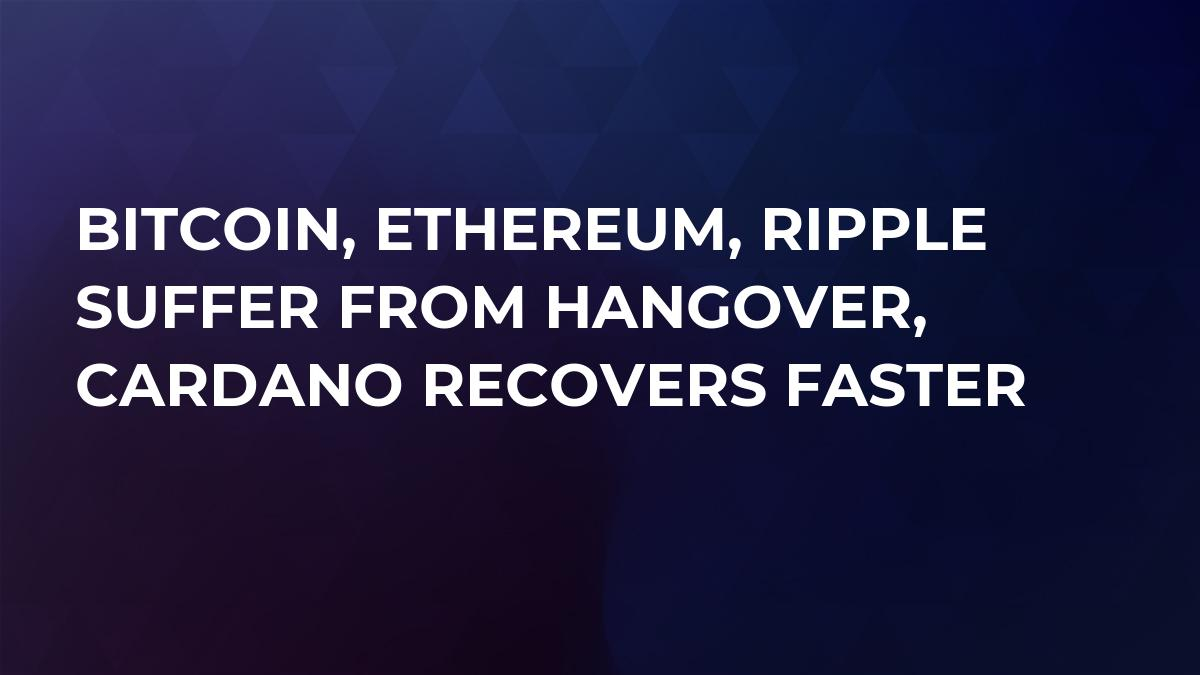 Last week of June started with a recovery after another sharp fall of the market during the previous days and Tuesday continues this tendency. Although the buyers are still very careful (not without reason) the sellers seem to be extremely exhausted as we see that each new downward movement is shorter and less dramatic than a previous one.

Another sign that the bears may soon run out of luck is that Bitcoin’s breakdown through the psychologically important $6,000 mark didn’t cause further panic sales as it could be expected. A cherry on the pie is issuing of 250 mln fresh USDT tokens by Tether which previously acted as a catalyst for market growth.

Despite all the positive symptoms the reversal is yet to be confirmed. Total market capitalization reached $238 bln in the course of the weekend which is the year’s minimum. It’s a high time for the bulls to reveal themselves and save investors’ holdings before the community start losing faith in crypto. Notwithstanding the sellers may still sing their swan’s song, the catharsis in near. And we know a good recipe for making crypto prices great again. Check it in our review!

During past 24 hours, Bitcoin price hardly changed with one percent gain, the father of crypto is trading at $6,200. This, however, is perfectly normal after sharp rebound from $5,800. Nothing happens quickly on the market nowadays, bulls and bears are week and gathering forces before a further move.

The important things to note on the four-hour chart is the following: first of all, BTC is still in descending channel, the last attempt of the bulls to break through it resulted in $800 decline on the weekend. Secondly, each new fall/rebound cycle was weaker than the previous one. Thirdly, we see a so-called J-turn from $5,800 which is frequently a sign of a trend reversal if supported by trading volumes.

Summarizing the aforesaid we presume that the bears still have chances to drag the price even lower, to support zone at $5,400-$5,600, however the end of the downtrend is near. The nearest bulls’ targets coincide with important resistance zones at $6,350, $6,620 and $7,000. The last target rests on the long-term ascending trend and 0.618 value of the relevant Fibonacci extension therefore only its overcoming will confirm the change in market’s current logic.

Ethereum is craving for a joy ride to $630

Despite positive outlook on the chart, Ethereum was closely following the whole market’s and in particular Bitcoin’s moves. Top 10 coins don’t show any independence so it’s hard to predict further destination looking at altcoins’ charts although bulls and bears targets can be predicted with high degree of accuracy.

The global bull wedge is almost completed and considering some margin of safety it will be extremely difficult for the bears to destroy the pattern. If activated (which implies breaking through $500), we may see a rally towards $580 (0.382 Fibonacci retracement level) and then 630 (coinciding with 0.5 retracement of the same grid). The prospective target of $680-700 is visible, but its achievement in mid-term may be difficult. We would also like to draw reader’s attention at curve mirror level which goes through our targets confirming them.

As for a decline scenario, we may see a double bottom at $420 and a very strong support in the range of $360-$400. With careful stop-losses, Ethereum may be considered for growing long positions already now.

At first sight Ripple’s chart looks very similar to Ethereum’s one although there are a very important differences which completely change the picture. We see the same bull’s wedge but with no support below the minimum of $0.44 that was reached on the weekend. This simply means that in case of bears’ victory in the fight for Bitcoin the prices may go to very dangerous levels unseen since 2017.

The other difference from Ethereum chart is low trading volumes that reflect the lack of investors’ interest in the altcoin. The big whale’s splash can of course assist Ripple to reach the set of targets defined by technical analysis which are $0.55 and $0.68–$0.75 respectively, but at the moment we don’t see crazy profits from Ripple trading on the horizon.

In case of further decline, a skillful trader may try his luck catching Ripple at $0.44 with obligatory stop loss somewhere nearby but we would better seek more safe investment ideas.

Cardano is cheap and promising

And again we see a familiar Ethereum and Ripple look-a-like chart. Cardano recovered approximately three percent in the past 24 hours doing even better than Bitcoin, but we can’t definitely say that worst is over. What we can say for sure– that Cardano is cheap enough to engage for decent profits in mid- and long-term.

During the latest decline altcoin’s bottom was established at $0.12 and in principle nothing prevents bears to test this achievement once again. We, however, expect an increase in buyers’ activity in the region of $0.10 – $0,125 where a limit buy order can be placed. The good sing is that the price is pinned to the upper boundary of the wedge, however as it can be notice on the chart, one false breakthrough has already taken place.

In case of general positive mood on the market we expect bulls race to $0.173 and then probably to $0.2 to the intersection of the mirror and resistance levels. Fibonacci grid is of more relevance in ADA/USD pair but may also provide some hints in case of active growth.