Darryn Pollock
Bitcoin Cash is starting to make ground in terms of its transactions, catching up to Litecoin 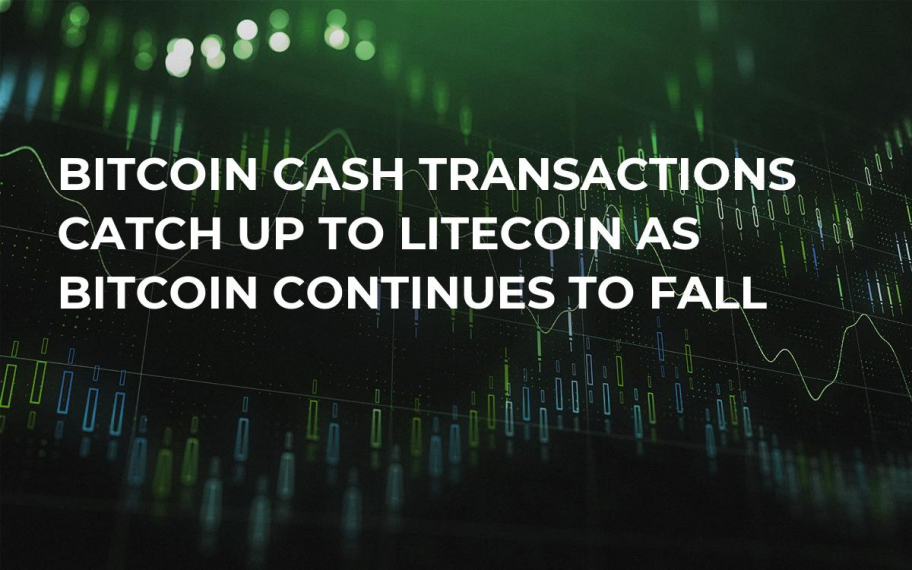 Recent transactions for Bitcoin have been on a downtrend, especially since its December highs from last year. But another interesting transaction trend is that of Bitcoin’s biggest rival, Bitcoin Cash, which has managed to catch up to Litecoin transactions.

Bitcoin Cash has been steadily catching up to Litecoin’s transaction numbers recently, and finally, the forked Bitcoin chain has caught up. Bitcoin Cash topped Litecoin in mid-January for a short time, but it remains to be seen if this will be another blip or a change of fortunes for both coins.

There has been a downtrend for Litecoin, as well as Bitcoin, recently and this has aided in Bitcoin Cash’s dominance over the coin known as Bitcoin’s silver.

The official overtaking came yesterday when BCH transactions reached around 38,500 whereas Litecoin recorded 37,500. The most disappointing news for Litecoin is that the launch of LitePay did not have a big influence on the coins uptick or adoption.

There is a lot that can be read into low transaction numbers, and for Bitcoin, people are still mulling over what it means. The volumes for Bitcoin have hot a two-year low, matching the numbers last seen in March 2016.

This is also despite the fact that Bitcoin’s fees are at rock-bottom prices thanks to SegWit adoption across a number of major exchanges.

The fees for Bitcoin are currently being recommended, with Earn.com’s calculator at 40 satoshis or about $0.005, per byte.

Bitcoin’s scaling issue was supposed to be at the root of its low transactions and the fact that people would not be using it for micropayments and general transactions. However, this cannot be the only case now.

Bitcoin Cash was supposed to be the solution to Bitcoin’s decision to move away from being a functioning currency, and, as it stands, can claim to be working effectively with an increase in transactions.