Denys Serhiichuk
Are bulls ready to seize the initiative in the long-term scenario? 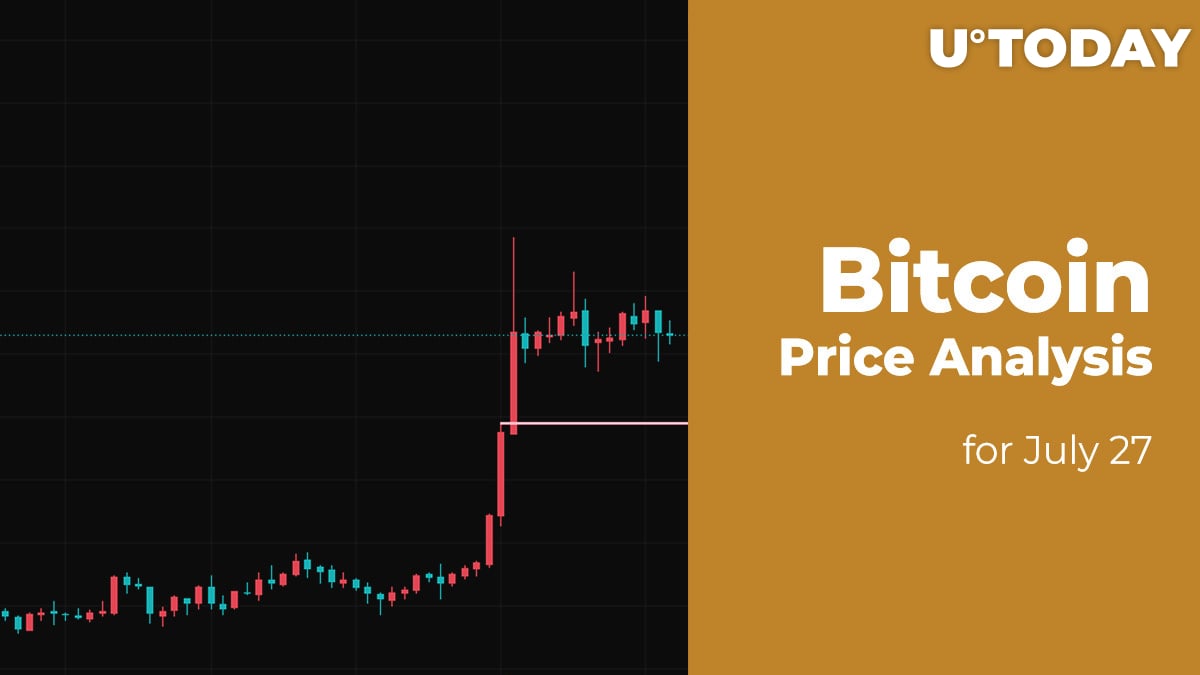 The market has faced a slight decline after a few days of growth, and the majority of the coins are again red.

The Bitcoin (BTC) price found support at $38,000 yesterday morning. During the day, sellers tried to pierce this support several times, but in the evening, the volume of purchases increased and the bulls were able to renew the monthly high around the $40,580 mark.

The bears responded with tough pressure and, overnight, brought the BTC price back to the $37,150 level. In the morning, bearish pressure eased, but the price continued to decline to the hourly moving average EMA55.

The level of average prices has stopped the decline, and it is possible that buyers may try to bring the pair back to the July high.

On the 4H chart, Bitcoin (BTC) is coming back to the formed level at $39,850. The rise is not supported by high trading volumes, which means that traders are sill accumulating power. In this case, there is a high possibility of expect the breakout of the resistance soon.

According to the daily chart, the leading cryptocurrency will not fall after a rejection from the zone around 40,000. The liquidity is high at the current area, confirming the accumulation phase before a possible breakout. If that occurs, the next resistance at $43,700 might be achieved within the next few days.