Alex Dovbnya
Bitcoin (BTC) embodies Henry Ford's vision of an energy-backed cryptocurrency, and Tone Vays believes that this is the reason it will stay 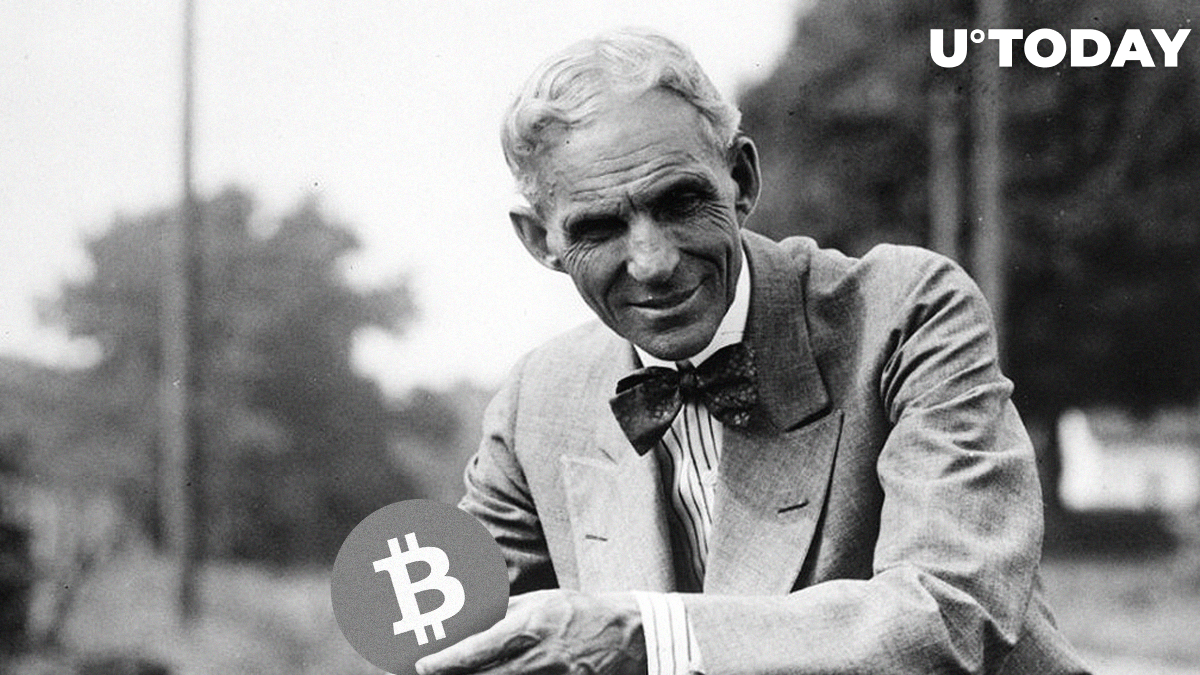 Former Wall Street trader Tone Vays has discovered a tidbit from a recent article entitled 'The Energy Standard', which clearly shows that Bitcoin (BTC), the very first cryptocurrency, was predicted about 100 years ago by prominent American industrialist Henry Ford.

Vays believes that this is yet another reason why Bitcoin will be the only coin to survive in the future.

Great article by @caprioleio on the Energy Standard first introduced by Henry Ford 100 years ago. There are so many reasons as why it will ONLY be #Bitcoin in the future that it's starting to get tiresome to argue it:https://t.co/nAxIKFggVr pic.twitter.com/4JflO0vsWn

Ford proposed every country issue its own energy-backed cryptocurrency that would be able to replace gold. In such a way, it would be possible to prevent countries from going to war with each other since each of them would be able to leverage their natural resources.

In the 1920s, there was no way to translate Ford's plan into reality because it was practically impossible to assign economic value based on energy consumption. Another problem was the establishment, whose members certainly hadn't lost their wealth.

One coin to rule them all

Bitcoin's status as an energy-backed currency is supposed to be the reason it will be the only cryptocurrency to stay.

"In other words, you could only issue more energy currency if you put more energy-in, and this is exactly what Bitcoin does," the Capriole article states.

Earlier, Vays predicted that Bitcoin dominance could reach a whopping 98 percent, which means there will be hardly any coins left to rule in the crypto kingdom.

Bitcoin, which hogs more energy than Iceland, is not the most environmentally-friendly currency out there, which doesn't sit well with climate activists. Some of them go as far as claiming that those who deal in the power-hungry cryptocurrency deserve their assets to be seized. However, these critics overlook the fact that renewable energy sources power 74 percent of all crypto mining.