Alex Dovbnya
Brendan Blumer, the CEO of Block.one, believes that Bitcoin poses an existential threat to gold but it will never be used as actual money 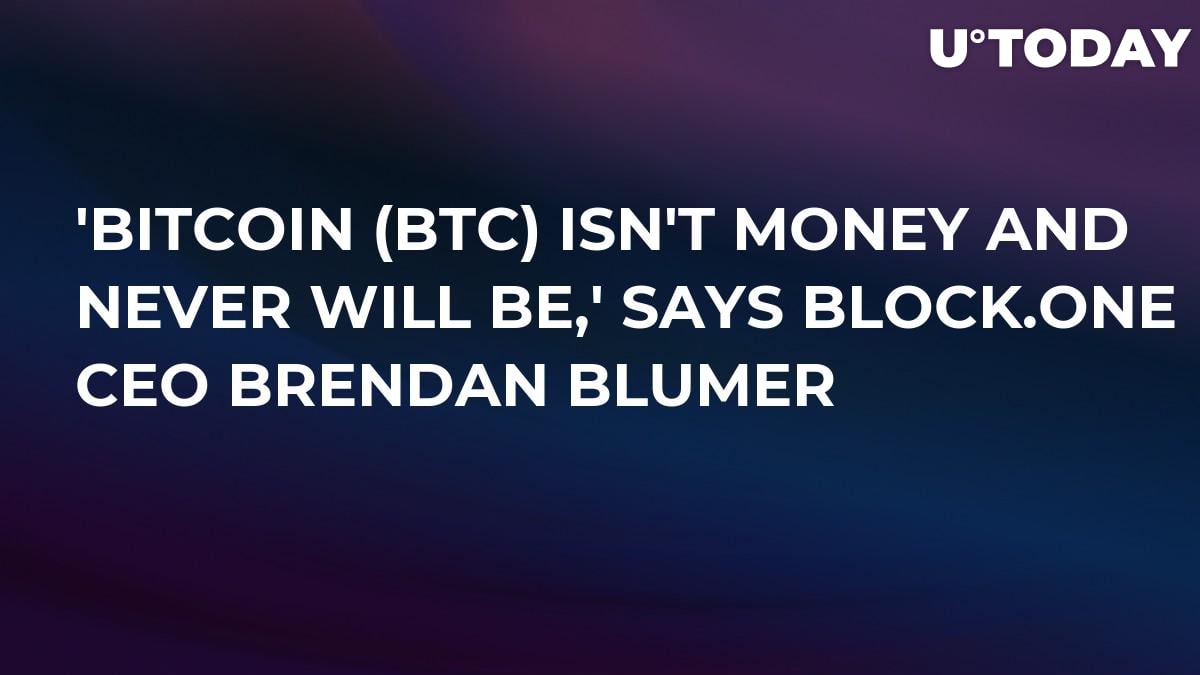 In response to Peter Schiff's acrimonious tweet, Brendan Blumer, the CEO of EOS developer Block.one, noted that Bitcoin (BTC) will never be used as money. However, the cryptocurrency that started it all could eventually overtake gold within the next two decades.

#Bitcoin isn’t money and never will be - its the next generation of #gold and will overtake it in aggregate value the next two decades. Local currencies are made for spending and are tax optimized for it. Do you spend your gold at the supermarket? Your equities?

Bitcoin will not replace fiat

Blumer seems convinced that Bitcoin will not be able to replace fiat currencies as a medium of exchange. It's much easier to use them for spending since they are tax optimized. Despite the gradual adoption of the Lightning Network, BTC still faces scalability issues — it is way too slow and expensive for an average consumer.

Another problem is that Bitcoin holders simply don't want to spend their crypto riches anytime soon since they believe that they will significantly appreciate in the future.

After calling Bitcoin a 'pyramid scheme,' Schiff, a stubborn crypto bear, recently shares his grim prediction about the forthcoming May halving. The gold bug predicts that this event will result in an immense sell-off.

#Bitcoin bugs have been buying in anticipation of the May 12th halving. It's widely anticipated that following the halving Bitcoin’s price will surge. But if by the time the halving arrives those looking to profit have already bought, the halving itself will result in selling.

As reported by U.Today, Bloomberg also predicted that this halving could lead to a big bear market due to mass disillusionment.