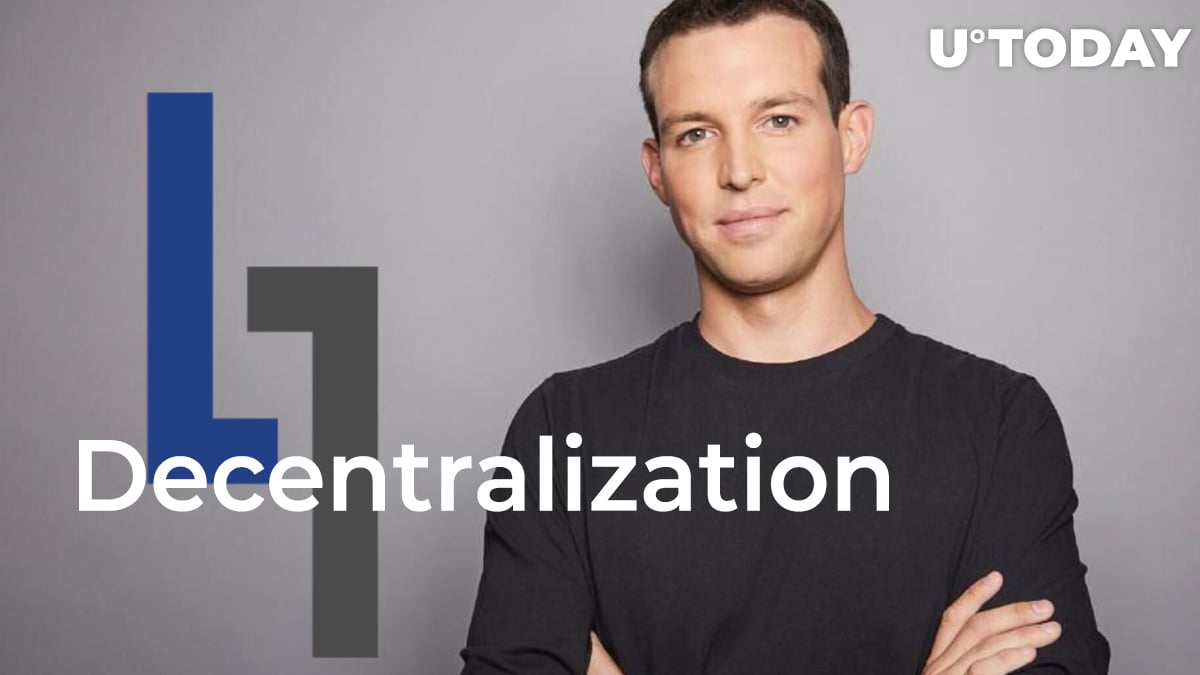 Brendan Blumer, CEO of Block.one, sat down with CNBC’s Brian Sullivan on the framework at the 2019 Blocksburg Summit, hosted by Blumer's alma mater Virginia Tech. He shared his thoughts on what blockchain technology mean for corporations, what is the proper definition for decentralization, and who is afraid of blockchain adoption.

Blockchain: A Tool Rather Than A Solution

While being asked about blockchain's place in the commercial process, especially for corporations, Mr. Blumer pointed out that blockchain technology should make all processes cheaper and faster. Blockchain technology also provides corporations with an "ultra secure, ultra transparent layer" that eliminates the borders between producers and customers. The brightest example of this potential elimination is the sphere of big data:

Ultimately what we are really doing is creating aligned business models where we are not incentivized to extract as much information as possible and then dismember it and sell it off at an ever-growing pace that just continues to pull these things. We get in the same horse together and we say 'We are not trying to be a trillion dollar company, we're going to try to be a much smaller one but your are going to have transparency on how we monetize our take and how we use your data'., highlighted Mr. Blumer.

To the EOS.IO creator, blockchains act as tools, not as patterns for transforming business. By the way, Mr. Blumber expects that the vast majority of various industries could potentially be tokenized one day.

Ads
Related
EOS Remains in First Place on China's Updated Crypto Rankings. What About Tron, Ethereum and Other Coins?

The most fascinating part of Mr. Blumer's speech was dedicated to the puzzle of decentralization. His assumptions provided great insight on the topic. He denied a one-size-fits-all approach to decentralized systems, and underlined that it is only about different forms of governance for different use cases:

There is no definition of decentralization.

He also recalls every blockchain being criticized as centralized in terms of geography, major beneficiaries, or control groups. On one hand, we can find similar thoughts in Vitalik Buterin's The Meaning of Decentralization, which was published in Q1 of 2017. On the other hand, and taking into account the history of EOS.IO blockchain, this approach looks very prudent and far-reaching.

What do you think? What is decentralization? Which blockchain is the most decentralized? Share your opinion with us on Twitter!