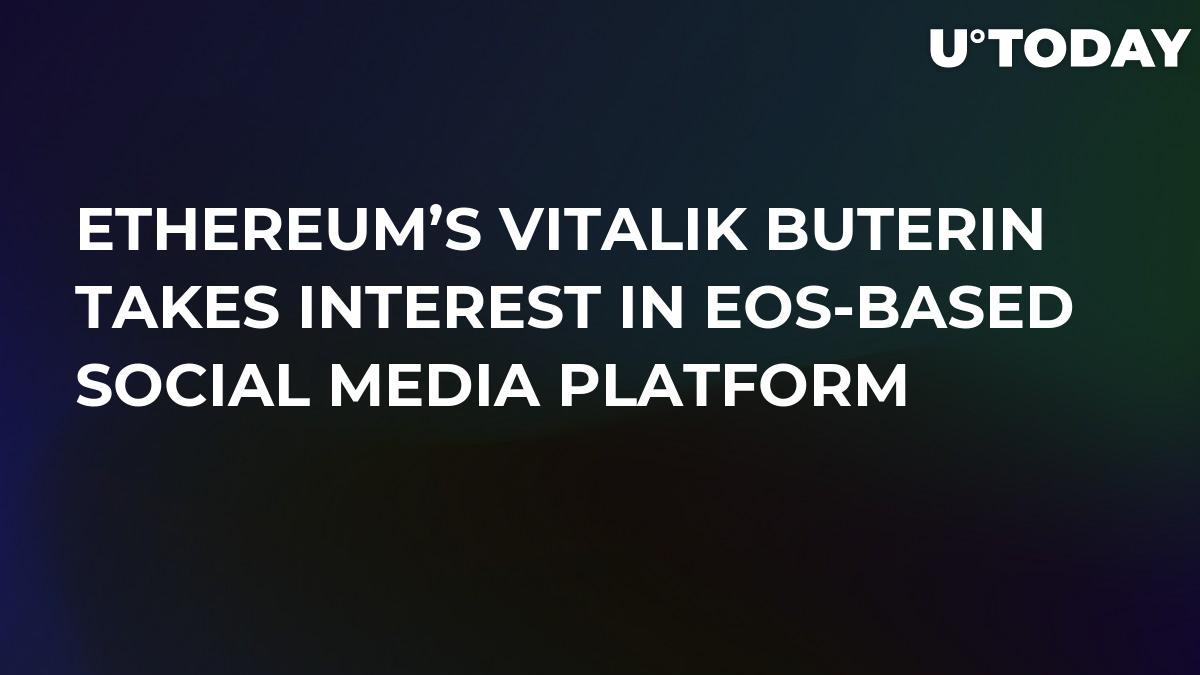 Ethereum creator Vitalik Buterin is not shying away from an ambitious social media project created by its biggest rival.

In his recent tweet, he expressed interest in an EOS-based social media project called "Voice" that is slated to launch in beta on Feb. 14, 2020. Buterin claimed that he was looking forward to seeing the project's innovations after joining the ranks of its beta testers.

I would also really welcome experimentation in this area. https://t.co/8tvezlO96H

What's the fuss about Voice?

Voice, which was introduced by EOS software creator block.one in early July, aims to solve the main pain points of today's social media. As the company's CEO Brendan Blumer puts it, these platforms are meant to "use their users."

“Just look at the business model. Our content. Our data. Our attention. These are all incredibly valuable things."

Blumer was quick to join the conversation by stating that Buterin's feedback was valuable for his company. He added that it was challenging to moderate content but they would be able to root out government-driven censorship right off the bat.

Moderation is complex and requires dynamic and customisable solutions, which were aiming to enable over time. That said, censorship driven by corporate interests as opposed to legal requirements, are easily rectifiable at the onset

A new frontier for crypto

The conversation about the importance of decentralized social media platforms was reignited on Twitter after video streaming giant YouTube started removing content from a bevy of crypto-related accounts.