Yuri Molchan
Hopes in the Bitcoin community that Amazon will soon start accepting BTC may fail, since the trading giant is already in talks with Goldman Sachs to start a collaboration 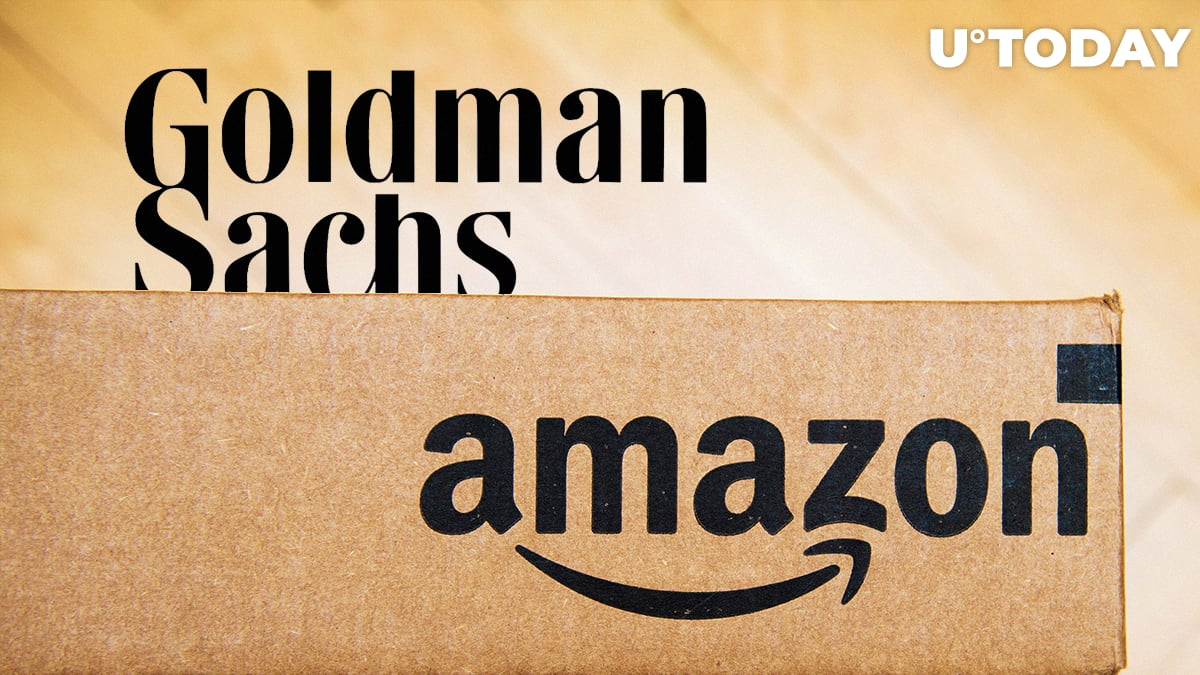 For a long while the crypto community has cherished hopes that the e-commerce behemoth Amazon will soon adopt crypto and, first, start accepting Bitcoin and, later on, embrace other decentralized digital currencies.

Previously, U.Today reported that Amazon had started accepting XRP gift cards via BitPay and such top digital assets as BTC, ETH and LTC via a new browser extension launched by the Moon startup.

Even if Amazon is accepting crypto in an indirect manner, it is now turning its other side towards traditional banking business which, to CEO Jeff Bezos, perhaps seems more reliable.

Amazon in talks with Goldman Sachs

The Financial Times reports that the Amazon heavyweight may strike a partnership with banking giant Goldman Sachs. The two companies are discussing the opportunity to set up small-scale loans for businesses through Amazon. This would allow the two potential partners to work with the numerous businesses that sell their goods on this platform.

The new lending project between one of the oldest and wealthiest banks and Amazon could fire off as soon as March, the Financial Times says.

Prior to this, Goldman Sachs had already partnered with the famous Mac and iPhone maker, Apple, when they together launched the Apple Card connected to an indecent amount of iPhones out there, used by millions of people around the world.

The role of Goldman Sachs in this is to provide a credit and solve risk management issues.

Amazon not in a rush to embrace Bitcoin

It seems that Jeff Bezos is in no hurry to allow Amazon's expansion to crypto payments for fear of Bitcoin’s high volatility, despite the fact that more and more institutional customers are embracing BTC as part of their portfolio. Besides, numerous well-established payment systems are already working with crypto.

However, its competitors in other parts of the world are keeping up with modern trends and embracing new technologies to a much higher degree.

Last year, the Japanese version of Amazon, Rakuten giant, announced the launch of a crypto exchange under its trademark.

Prior to that, the company also released the Rakuten Wallet.

If Amazon started accepting Bitcoin openly, this would give a great boost to the BTC price while increasing the global adoption of the flagship currency.