Bitcoin (BTC), China, and XRP: Major Crypto Market Milestones of 2019 in One Report

Yuri Molchan
CoinGecko shares with U.Today its 2019 report, summarizing the performance of Bitcoin compared to other coins, as well as biggest milestones of the crypto market in 2019 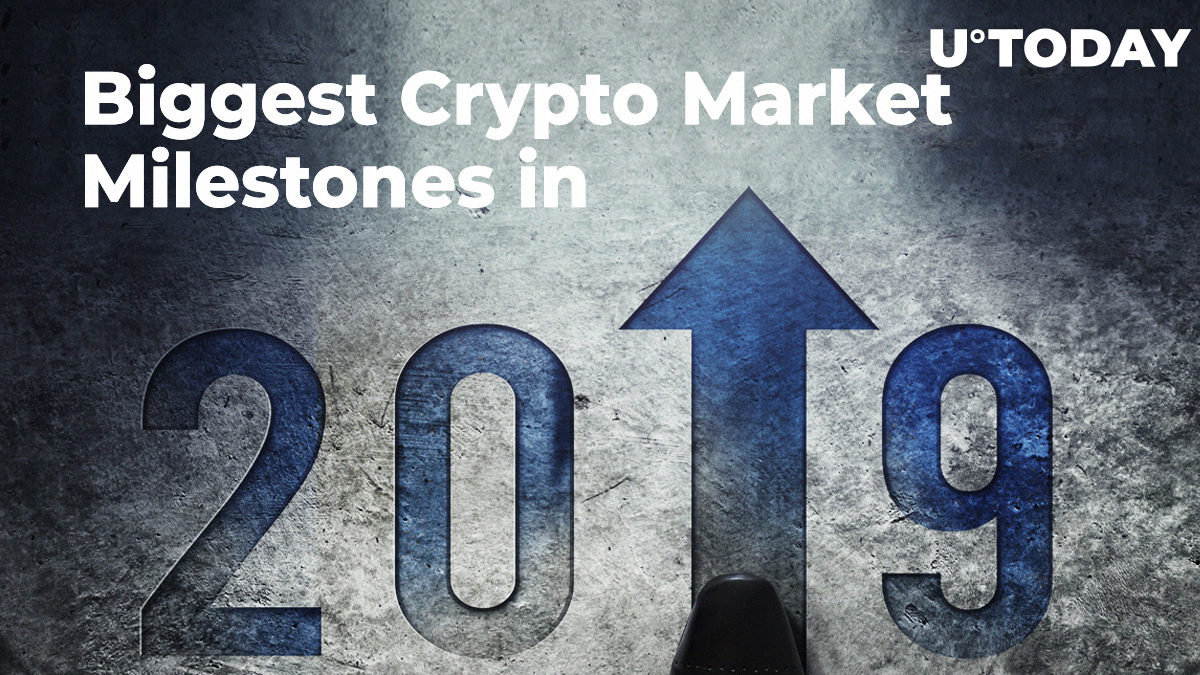 As we are well into 2020 now, it is good to review the way Bitcoin and some other digital assets performed last year. In its latest report, Coingecko analyses various milestones achieved by the crypto industry in 2019 and looks at overall Bitcoin appreciation compared to other crypto coins and traditional assets.

As per the report, among the top five cryptocurrencies, Bitcoin demonstrated the best performance rate and showed +95% gains by the end of December.

XRP proved to be the worst-performing asset, losing 45 percent throughout the year. Both Litecoin and Bitcoin Cash added about 40 percent.

The total crypto market capitalization increase proved to be 44.1 percent.

Despite its high volatility, the report continues, and trading in the range between $3,500 and $13,000, Bitcoin posted an appreciation of around 95 percent year-on-year. In 2019, BTC outperformed such major traditional assets as S&P 500 (which added 29 percent), gold (it showed a 19-percent rise) and silver (put up 16-percent gains).

Throughout the year, the Bitcoin price spiked mainly on the news. A significant price surge was observed after a statement from the Chinese Communist Party chief Xi Jinping – in his official statement on TV he said that blockchain was crucial for China’s further technological development and future leadership.

Xi Jinping stated that China would be embracing blockchain and promised benefits to all China-based blockchain companies. However, Bitcoin and other cryptocurrencies, as well as crypto trading, remained forbidden.

Prior to that, in 2018, the BTC price dropped 73 percent and the community called that hard period ‘the crypto winter’.

Last year, Bitcoin was a leader in market dominance as it demonstrated a surge from 56.3 percent to 71.5 percent among the biggest 30 digital coins.

On the same line of top crypto assets, XRP lost 7.9 percent of its market dominance and dropped to 4.6%. After XRP, next was Ethereum – it lost 4.3 percent of its dominance, falling from 12.0 percent to 7.7 percent.

Next were other cryptocurrencies – from the top 8 to top 30. Their market dominance, overall, fell from about 11 percent to 7.9 percent.

Tether’s USDT began the year in position 6 on CoinMarketCap and by the end of December it captured position 4. This happened thanks to a large supply increase, as well as other digital assets losing their value.