Alex Dovbnya
After calling Bitcoin a scam, Dennis Gartman has been stung by a bad Blockchain investment 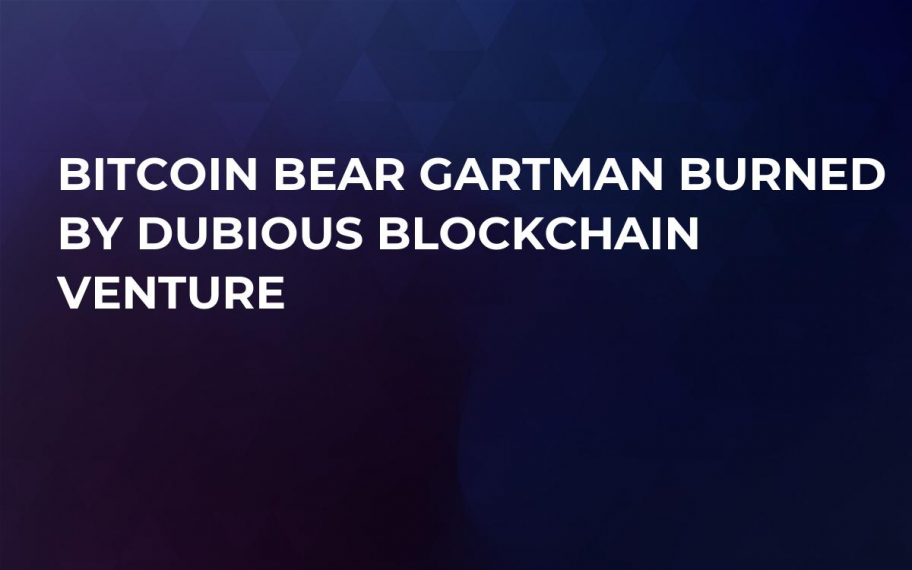 Known as the Commodities King on Wall Street, Dennis Gartman has had a bit of a comeuppance as his bearish views on Bitcoin have come back to bite him. Quoted as calling Bitcoin “nothing more than a scam of the first order” in 2014, the crypto bear lost big on a dubious Blockchain project.

Riot Blockchain, after a CNBC expose, saw its shares tumble 33 percent in one day, taking with it a vested stake of Gartman’s fund in a negative balance for the year to date.

Of course, in trading, there will be times when people get it wrong. However, Gartman’s steadfast view on Bitcoin and the entire cryptocurrency market makes this seem almost poetic. The commodities trader has said that he does not understand the cryptocurrency space, yet decided to go long on Riot Blockchain.

In a letter to his subscribers, Gartman was forced to break the bad news:

“Friday was one of the worst days we have suffered through in a very long while. We were long of a sizeable position in a Blockchain focused company that was the victim of a CNBC expose, which sent the shares down more than 20 percent and which sent us ‘down’ for the year to date, having been up about six percent previously.”

A case of rebranding

Riot Blockchain is one of a number of companies that have looked to change tack and jump aboard the Blockchain hype that is currently sweeping the markets.

In October it was rebranding itself from Bioptix Inc. to Riot Blockchain after years of lackluster stock performance and minimal revenue growth, a move that led the shares to more than quadruple.

Riot Blockchain, as one in a long line of name changers, also joins the list of those who are being stung by the sudden change of direction.

Long Blockchain, formally an Iced Tea Company, was recently told by NASDAQ that it would be delisted from the exchange. This comes after it too made a move towards being more Blockchain focused.